Brazil has a water crisis. It started in São Paulo, the richest, most developed state in the country, and spread to almost all the states in the southeast. Lack of water is a crisis in itself, but also a huge threat to the generation of hydroelectric power, which provides most of Brazil’s electricity (see box, Key points). 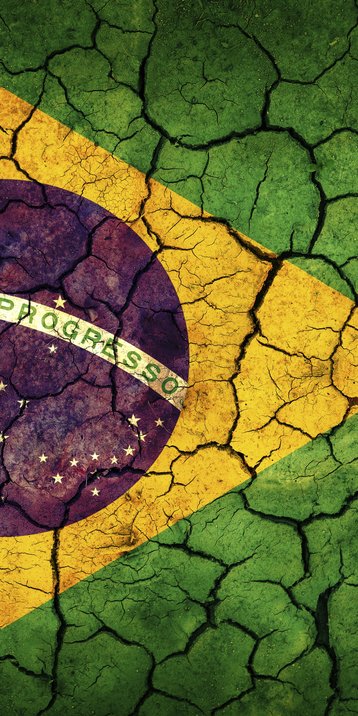 The southeast of Brazil will start its next ‘dry’ period in 2015, with much less water than it had when the current dry period started in 2014. This could have major consequences for data centers. In general, facilities require three main components to operate adequately: electric power, water and people. All of these are seriously threatened by the water crisis.

Electric power: This is the basic need of a data center. Infrastructure and IT kit do not work without electric power, nor do pumps, stabilizers, compressors, servers, monitoring systems, alarms and controls.

Data centers with Uptime Tier III or Tier IV certification should have solved the requirements of electric power availability, but this is not the reality of many data centers in Brazil. It’s not uncommon to find data centers whose generators are absent or poorly maintained, or can only provide a couple of hours of backup. Many managers say: “If needed, we will rent more generators,” but this may not be the best solution.

Generators are a finite resource, which will be scarce and expensive in a crisis, even if you manage to rent or buy a new generator. Can you install it in the building? If so, how quickly? Some buildings are too small, and some are protected as national heritage sites.

Extended use of diesel generators will also cause noise and pollution, so data centers in high-density neighborhoods or near schools or hospitals may have trouble here.

Most air-conditioning systems have a closed circuit, so the same water runs through it many times. But what if there is a leak and the system has to be refilled?

Many data centers have large water reservoirs, and some may even have their own artesian well. But in a severe water shortage, private artesian wells may be requisitioned by the authorities to provide water for the population.

People: São Paulo authorities have threatened the public with rationing: four days without water and two days with water. But that may be even worse, as after four days with no water it may take two days for the water to arrive in the most extreme parts of the network.

Schools, hospitals and prisons have been promised priority, but the authorities have not explained how this will be achieved. It is hard to predict how people will react in this sort of crisis. Will staff come to work when their kids are at home because the school has no water? Brazil has never faced a calamity such as this, so it’s impossible to know.

In countries with a high probability of natural disasters, the safety of the workers and their families is factored into business continuity plans, as organizations can’t run without qualified people. This is threatening, but this is what business continuity is for. It is defined in the international standard ISO 22301:2012 as “the capability of the organization to continue delivery of products or services at acceptable predefined levels following a disruptive incident”. This delivery capacity relates closely to the level of risk an organization is willing to tolerate.

So, an organization has to define two main things:

This article appeared in the March 2015 issue of DatacenterDynamics magazine