Cork, in the South-West of Ireland has emerged as a key location for data centers in Ireland, partly due to the arrival of fiber from the US, and the promise of direct cable connection to France, bypassing the UK.

For years, data centers have grown form Dublin, extending North and West from the capital. Dublin had the connectivity, and the business locations, as well as the trained staff. A few years back, it was sometimes predicted that Dublin would overtake London, or at least one of the smaller European hubs such as Amsterdam, Paris  or Frankfurt. With some 100MW of data center capacity there, So far that hasn’t happened, but there’s been a continuous stream of announcements and openings in the city. 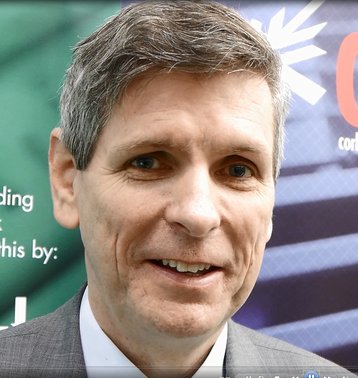 But now there’s a new location on the Emerald Isle, blessed with the factors that could nurture a new hub that might even eclipse Dublin. Cork is on the South West coast of Ireland, and everyone wanted to talk about it at the Datacentres Ireland event in Dublin in November.

“I’ve been confidently predicting for a number of years that the future growth of data centers in Ireland will take place in the Cork region,” Jerry Sweeney, managing director of the 3.5MW Cork Internet Exchange data center told us.

“Cork has two huge advantages in data centers,” he explained. ”We’ve always had an advantage in power. When the Kinsale gas field was operational, a lot of generation capacity was placed there, and more recently a lot of wind power has been installed.”

The second advantage is connectivity. Cork had a recent major boost when Hibernia Express, a transatlantic fiber made landfall there. The cable connects to both the US and Europe, via the UK.

Hibernia has 53Tbps capacity, and around 50ms latency to the US. There’s been plenty of excitement around that, including local activity to terminate and distribute the connection there.

To say it’s caused excitement would be an understatement: “Cork Internet Exchange is now the data center in Europe with the lowest latency into North America,” said Sweeney. 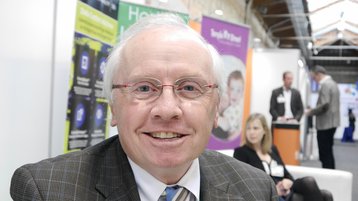 But it doesn’t end there. Cork is soon to have an alternative, more direct, link via France. The Ireland France Cable 1 (IFC-1) from Ireland France Subsea Cable, should be laid during 2017, and lit up by the end of 2018. It’s the brainchild of telecom entrepreneurs Mike and Doug Cunningham, who have previously worked with systems such as Arctic Fibre and Antilles Crossing.

The cable will go from Cork to Lannion, a well-established fiber landing spot in France (where the Apollo and Hugo cables already make landfall), from where there are low latency links to Paris and Marseille, and into Spain. It’s a 565km jump, and quite feasible, Doug Cunningham told me at Datacentres Ireland.

“We are burying the entire length, between 1m and 1.5m,” he said. ”We’ve done desktop planning of the route, and the marine survey will be done in Spring to confirm the subsea cable. The cable and electrical equipment will be manufactured in 2017.”

The new cable will have major capacity, Cunningham says, as it will be one of the first to offer combined C+L band technology. Combined with amplifiers closely spaced on the sea bed, this could allow up to 47Tbps on each pair of fibers.

“Ireland needs a route to Europe that doesn’t go via North Wales,” said Cunningham. ”There is a little bit too much terrestrial concentration in Wales, and there are other major choke points such as Slough/Reading, London and the Chunnel.”

Ireland needs a route to Europe that doesn’t go via North Wales. There are choke points in Wales, Slough, London and the Chunnel

The cable came as an offshoot of Quintillion, another project Cunningham has been involved in, whose long term goal is to link Japan with Europe via the North West Passage North of Canada (we’ll have more on this project in due course). IFC-1 was conceived as two spurs on Quintillion, to Ireland and France but gained independent existence because it was viable on its own, and can link to Hibernia Express at Cork.

“This will help traffic on Hibernia Express to get to the continent directly, it will provide connectivity for Cork, and it will provide a route for Dublin data centers to the continent without going through the UK,” said Cunningham, pointing out that bypassing the UK could be good for network security and taxation reasons. ”It will also have the lowest latency route from Dublin to Paris and also to Marseille,” he said. 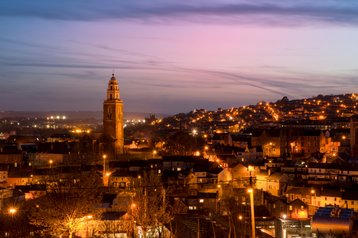 Cork’s increased role has been underlined by the arrival of Inex Cork, a regional exchange point that has been opened by Ireland’s Internet Neutral Exchange Association (Inex). Dublin-based Inex provides IP peering for Ireland, and Inex Cork is its first setp outside the capital. The new neutral exchange, announced in February, is located in Sweeney’s CIX data center, and will operate as a standalone exchange.

Inex Cork is necessary, because of expansion in the area, according to Barry Rhodes, the CEO of Inex: “Communications infrastructure and the Internet economy as a whole are developing fast in Cork. Dublin is running short of power, and Cork has power and cheaper property.”

The new exchange is taking off, with port charges waived until February 2019. DCD understands that Apple has already applied to join it.

Finally, Cork seems to have the tech know-how to support a cluster of data centers, with local graduates emerging from University College Cork. Apple has announced it will re-locate its international iTunes business there from Luxembourg early in 2017. “We are moving our iTunes business there and will support content stores for more than 100 countries from our campus at Hollyhill,” said the Apple announcement.

EMC has a storage “center of excellence” in Cork with nearly 2000 staff, and there are tales of startups locating in Cork, lured by the tech environment. “Cork has got a crackerjack software industry,” said Cunningham.

But don’t expect it to end there. The AquaComms AEConnect cable is landing in Killala County Mayo, on the North West coast, and Irish entrepreneurs are already looking our for opportunities on that side. Galway is not far distant from Killala and that is where Apple is proposing to build a large data center. Limerick also has some data center activity.