It’s said that snow gives you two options: shovel or make snow angels. Now you have a third choice: cool your data center 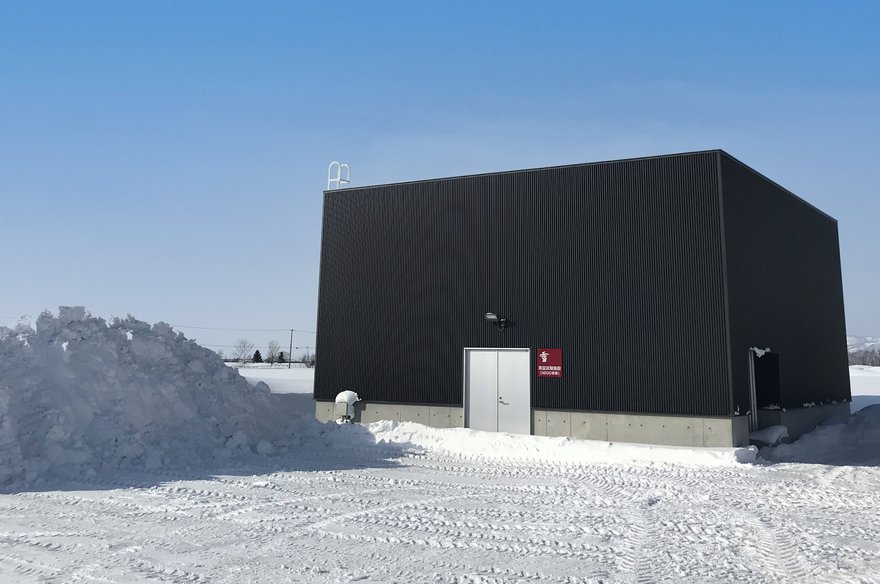 In the city of Bibai, on Japan’s North Island of Hokkaido, an artificial hill of snow is slowly creaking and settling, gradually melting in the island’s mild summer climate.

The hill has been covered with a layer of grayish insulation, as if to preserve it. But the hill’s owners don’t want to keep a pile of snow forever. They just want to use the cold it produces as it melts.

An ice-cold pipe extends from the mound to a nearby building.

The pipe carries anti-freeze. But more importantly, it carries the hopes of a small band of data center experts, who believe that one future for data center cooling could rely on snow.

No skiing on these slopes

There’s no shortage of snow in Bibai, the fifth largest city on the island. Around 10m falls every year. And while tourists may enjoy skiing and snowboarding, it’s a headache for the city to keep the streets clear.

Each year, the city spends 400 million yen ($3.5m) shoveling the frozen precipitation up. Because heaps of snow might not melt all year, the city gathers it in dump trucks and removes it to dedicated snow melting sites.

Basically, snow is a costly nuisance.

Or it was, until Professor Kobiyama Masa­yoshi of the Muroran Institute of Technology, began experimenting with pipes of anti-freeze.

Under Professor Masayoshi, the Bibai Natural Energy Research Association looked into ways to make use of snow, and found that its coldness or “snow cooling energy,” could actually be useful.

One source of inspiration seems to have been Lawson, a Japanese convenience store chain, which in 2012 introduced a self-contained snow-based cooling system for a store in northern Japan. Rather than using piles of snow, the store was equipped with a 100 cubic meter insulated container that was filled with cold snow.

The system cools data center servers using half the energy required by conventional techniques, and uses a waste product with no environmental impact

Water running through pipes in the container was cooled by the snow and used in the air-conditioning system.

Professor Masayoshi developed that idea and, by 2014, a prototype known as the White Data Center was up and running, backed by funding from Japan’s NEDO (New Energy and Industrial Technology Development Organization).

The system cools data center servers using half the energy required by conventional techniques, and uses a waste product with no environmental impact.

The White Data Center’s snow mountain has no associated CO2 emissions. Even the trucks that gather the snow would have to do it whether or not the data center existed.

It’s a comparatively low-tech solution, with low costs to implement. The antifreeze circulates between the snow mound and the data center, where a secondary water circuit cools the servers. 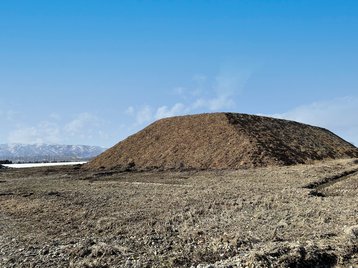 There is no need to clean up the snow, which is gathered in a pile that also contains trash and mud from the streets. The team simply runs a pipe through the heap, circulating the antifreeze, which goes back through the heap after its journey through the data center.

Obviously, in winter, no snow-cooling is needed as the ambient temperature is low enough to cool the servers unaided.

And the snow mound - covered with insulating material to preserve it - lasts all year. More will be gathered next winter before this year’s heap has melted away.

Other plans from Kyocera…

As we said, Hokkaido has plenty of snow, and the White Data Center was not the only project on the island to use snow to cool data centers.

In Ishikari, 50 km away from Bibai, Kyocera Communication Systems has announced plans for a zero carbon data center solely powered by wind, solar and biomass.

Construction on the “zero-emission” data center was announced in April 2019, with the facility due to come onstream in in 2021, and be hooked up to renewable power facilities owned by Kyocera in 2022.

The plan was for 2MW each of wind and solar power to be available to the site, which would also draw energy from a nearby third-party biomass plant.

The project is due to go live in the Ishikari Bay New Port industrial park, which has a “100 percent renewable energy area” commitment that requires all companies who build in the area to power their facilities with renewable energy.

We haven’t found any more recent updates on the project, and we suspect the pandemic may have put it off target, but we’ve reached out to Kyocera to find out about progress, and hope to report more details

We’ve also had reports that a third company brought the snow cooling idea to the more temperate main island of Japan, Honshu.

The area has an average temperature of 12°C (53.6°F) from February to December, so there will be less snow around, but the site is reported to have made use of it, along with cool air.

Sadly the Data Dock website seems to be down and its Facebook page has not been updated since 2019, so we suspect this chilly data center may have melted away.

Of the three Japanese snow-cooling projects we know of, it seems it was the White Data Center which was successful enough to get commercialized.

After running for five years, from 2014 to 2019, the WDC proved its viability, and in 2021, the White Data Center company was established.

WDC expects to ship in around 300,000 eels, which will be grown on-site for seven months, till they reach a commercial weight of 250g

In April 2021, the commercial White Data Center began operations with approximately 20 racks of servers, on a 3.6-hectare plot of land bought by one of the project's partners, Kyodo News Digital.

“Currently, a 20-rack data center is in operation as an experimental facility,” a White Data Center spokesman told us by email.

It offers commercial services, we were told, with four unnamed companies using it or planning to use it: “Fees are lower than those of general data centers,” said our source at WDC.

And the company has ambitious growth plans: “We plan to begin construction of a new building with a capacity of 200 racks by the end of this year [2022].”

While the experimental facility operated at 2kVA load per rack, the new facility will have a higher power density of 5kVA per rack. 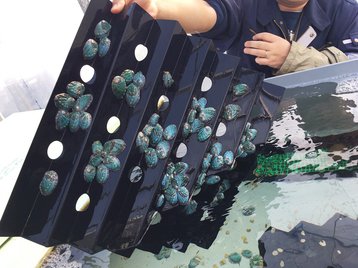 “The next data center we plan to build will be ten times the size of the current one, with 200 racks of servers running,” says WDC president & CEO Ijichi Shinichi in a statement.

There’s a side benefit to the facility too. The president spoke about how the Center may develop.

“In order to use energy efficiently, we’re experimenting with vegetable cultivation and fish and seafood farming in greenhouses using waste heat produced by the servers during winter,” said Shinichi.

“We plan to turn this into a reality as the data center grows in scale.”

As it enters a commercial phase, it has chosen eels and mushrooms as the first products, according to a report in Asahi Shimbun. Both can be harvested after a short period of cultivation.

Eels are a major food staple in Japan, where a massive eel-farming industry has ramped up to some 250,000 tons per year in the last 40 years.

WDC has imported 1,700 elvers (young eels) which will grow to maturity in tanks at the data center. The water cycle of the data center cooling system produces water at 33°C, which is ideal for eel farming, as the tanks can be kept at 27°C all year round with no heating costs.

"It is difficult to imitate a place with snowfall alone in terms of revenue and expenditures. There are surprisingly few places with the right conditions, such as land price, amount of snow and collection methods" WDC

WDC expects to ship in around 300,000 eels, which will be grown on-site for seven months, till they reach a commercial weight of 250g.

At that point, they will be sold nationwide and included in local school meals. They will be the first eels cultivated in Hokkaido, Asahi Shimbun reports.

Can we all join the snow party?

WDC’s success is pretty cool. Operators elsewhere might be wondering if they can imitate it, but WDC is not encouraging on this score.

“It is difficult to imitate a place with snowfall alone in terms of revenue and expenditures,” said the WDC spokesperson we contacted.

“This is because there are surprisingly few places with the right conditions, such as land price, amount of snow and collection methods, and stable collection of fuel needed for biomass power generation.”

WDC has filed patents for snow cooling systems and heat utilization circulation systems, we were told, but they might have limited applications, because there simply aren’t many places which have enough winter snow, the right amount of summer sun, and a combination of local data demand and renewable power. 