Energy at the retail Edge

If retail becomes more digitized, will that break the energy bank? Maybe not, if stores share energy with the grid, and Edge devices learn to power themselves

Edge computing is praised as the next big tech wave, in which tiny data center resources are placed close to where data is produced and consumed, so new applications such as the Internet of Things, can have the benefit of low latency and fast response times.

The Edge is supposed to revolutionize retail, with applications that could include smart mirrors, personalized interactions with customer smartphones, and other innovations to improve the customer’s experience in the shop. 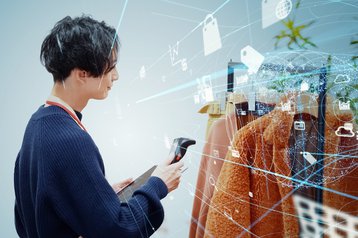 If a shop wants to deploy these applications, it will need to have small cabinets of IT resources locally, in the building close to the retail floor, so that for instance, personalized adverts can be sent to a customer while they are still close to the product.

A lot of Edge debate has focused on the practicality of providing enough network connectivity to provide this kind of application. But this approach might be missing what could be an even bigger issue: power.

"One of the challenges of the retail Edge is power," says Henk Ijspeerd, EMEA key account director retail, at Vertiv. "If you don't have power in the store, then it's dark. People can't pay, nothing will work, and nothing will be done - and you have a responsibility to get people out safely."

The problem gets more extreme in modern self-service stores: "You'll see in the UK and Germany, there are already on demand stores where no people are available," he says, "This is growing rapidly - so power becomes more and more important."

Power also becomes something a high-tech store can offer to customers, Iispeerd suggests: "When you park your car, the store will identify you. Your car will be charged in front of the store because that's one of the added values of the grocery store."

"The store UPS can deliver a nice solid sinus for the grid," he says. "It's very stable"

If you don't have power in the store, then it's dark. People can't pay, nothing will work, and nothing will be done - and you have a responsibility to get people out safely Henk Ijspeerd, Vertiv

Getting into energy storage is not just altruistic, he continues, but a way to deal with urban regulations: "For instance, it's not allowed to install diesel generators in the big cities anymore - and if you're not allowed to install diesel generators, imagine the grid failing. Your fridge will warm up and then you can throw away everything. It will be hundreds of thousands of euros of food per store."

Stores will install energy storage modules, says Iispeerd. "And the modules can be for the store itself - but also for grid support, and electric car charging. I see this already in some countries, and it will happen everywhere."

"Knowing that the grid is getting more unstable, they have to take action," he says.

The first sign this is happening is stores buying larger UPSs, says Iispeerd: "It's increasing. From 1.2 to 1.7 MW, it's moving up I already see some stores where they really do energy storage. They do not get enough power from the grid, so they build these energy blocks where they store the energy to support to create parts."

Centralized data centers are already being criticized for their energy demands, with some states like Ireland and Singapore placing strict limits to the number of facilities which can be built, to make sure that data center energy demands don’t derail the governments’ plans to decarbonize.

Edge resources do not replace any of these centralized facilities, they are in addition to them. So for instance, A retail organization will still need its back-end applications running in the cloud or an in-house data center, while Edge applications operate on top of that.

And while each individual data center, or IoT device may have a small requirement for energy, these applications envisage such vast numbers of tiny modules, it is clear that the Edge will add up to a considerable demand for energy, and authorities will have to address this.

Edge is bigger than core?

“One of the challenges that emerges from the prolific growth at the Edge is the energy demands fueling the transformation,” says Wendy Torrell, senior research analyst at Schneider Electric.

“The cost of energy production and the need to shift to more sustainable operations has long required designers of large data centers to embrace sustainability strategies. Now the same attention must be paid to the design of smaller facilities at the Edge.”

Torrell takes the popular guess that data centers represent one to two percent of global electricity consumption. Some estimates, omitting Edge, suggest that by 2030 as much as 3000TWh of energy will be used by IT.

Following a model from IDC, Schneider predicts that the Edge is growing at 11 percent, while the centralized resources are slower, so Edge IT load is likely to increase from 34 percent of the total in 2021 to 56 percent in 2040.

The company reckons that Edge resources will be less efficient (have a higher PUE) than centralized ones, as they lack the economy of scale. Multiplying those factors, we get a striking result: the Edge could consume 95 percent as much energy as centralized data centers.

Looking at individual applications, Torrell calculates that a single widely deployed application, which could be envisaged in one large retail conglomerate, could have a significant overall impact.

“At the Edge, deploying 100,000 data centers, each consuming 10kW of power would create a power consumption of 1,000MW for the IT energy alone,” she points out. That works out at around 10TWh for the IT, and the total power could go up by as much as 50 percent if we assume a PUE of 1.5.

The actual construction of Edge facilities is going to have a big impact on all this. When ASHRAE, the influential American Society of Heating, Refrigerating and Air-Conditioning Engineers, looked into Edge facilities, it found that before energy could be addressed, there were other considerations, including the reliability of the systems.

Edge data centers are in small boxes which open directly to the outside air, instead of climate controlled buildings, so they are vulnerable to dust dirt and temperature extremes.

“Many items that are non-issues for brick and mortar data centers are real issues for small Edge data centers,” says Jon Fitch, a data scientist and lead author on ASHRAE’s bulletin about building Edge capacity.

Some in the industry reckon there’s a single answer to the problems of energy and dust and dirt: liquid cooling.

Liquid cooling enables a small rack of equipment to operate without the need for air conditioning, and since the equipment is immersed, it doesn’t experience airborne dust.

“Liquid immersion is particularly well suited for Edge facilities in harsh environments,” says James Weynand of GRC, pointing out that liquid cooled units “are self-contained, improve security and protect sensitive IT equipment from dust and other hazards.”

He adds a few more benefits: “Fewer moving parts than air cooling mean reduced need for service or sending staff into the field for repairs. And a long thermal ride-through keeps the equipment cool for longer if there is a power outage, maintaining service while staff can be sent to deal with the issue.”

In other words, liquid cooled Edge resources will actually fit in better in the retail environment, because they won’t hit the customer with heat or noise.

David Craig, CEO of Iceotope, adds another consideration - noise: “Many deployments to support 5G are likely to be in densely populated locations where noise pollution is a concern. With immersive liquid cooling operating in total silence, operators and those close by can rest assured the noise will be at a non-disruptive minimum level.”

Dataqube, a specialist in cabinet-based Edge systems, has invested in a liquid cooling vendor, LiquidCool, to get rights to deploy products like LiquidCool’s MiniNode Edge box.

Beyond the energy used by the Edge data center resource (or cabinets, as they will probably be) Edge has another issue. All the sensors and devices that connect to Edge applications will need to be powered.

Some applications suggest instrumenting a vast amount of the things about us, and they don’t necessarily consider how those sensors themselves will get their power to operate, and to transfer data over wireless networks.

In the retail environment, large stock items could be instrumented, or pallets of goods, to make sure that they are moved to the right places, and are not exposed to extreme temperatures or other environmental dangers.

In the end, the stark reality is that energy use is becoming a crucial factor everywhere. If the Edge can’t power itself, its deployment will be delayed or blocked.

Most people start with the idea of powering these sensors with batteries - but this brings big problems. Batteries only store a finite amount of energy - and that means they have to be replaced. If IoT sensors are going to be cheap enough to deploy everywhere, then that precludes having staff on regular callouts to change the batteries

Retail staff are already stretched far enough, without asking them to spend large parts of their day changing batteries on stock palettes or warehouse shelves.

The most obvious source of device energy is solar, and items like roadside equipment are often fitted with a solar panel that meets its power needs almost indefinitely.

Retail Edge equipment that is outdoors could be instrumented with solar-powered sensors.

But light harvesting doesn’t have to rely on direct sunlight. Amazon has invested in Ambient Photonics, a company that is working on low-light energy harvesting photovoltaic (PV) technology.

It says it can harvest energy across the entire light spectrum – including both artificial and natural light. 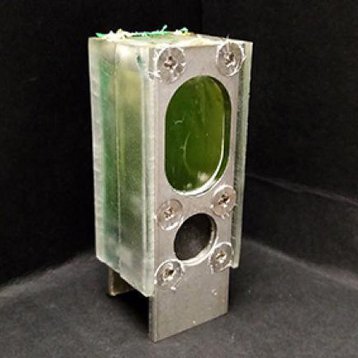 The Amazon funding will help Ambient build a factory for low-light solar cells, that could produce millions of units per year. “The future of IoT and connected devices is energy harvesting, and that future requires massive scale,” says Ambient CEO Bates Marshall.

There are other options, including mechanical energy. Devices in a vibrating environment can collect almost 150mW per square centimeter, converting it to electricity with the piezoelectric effect.

So sensors on a production line might just be powered by a noisy environment. Meanwhile, wearable devices, such as smart badges for employee location, might also pick up enough power from our restless movements.

Thermal energy is another possibility. Some sensors placed in hot or cold environments, to monitor the performance of ovens or fridges, could generate power from the very temperature differences they are measuring.

The thermoelectric effect would let them convert some of that heat energy into electricity.

The Edge must power itself

In the end, the stark reality is that energy use is becoming a crucial factor everywhere. If the Edge can’t power itself, its deployment will be delayed or blocked.

Devices must operate with ambient power, and Edge cabinets will have to keep to a minimal power budget - so capacity running at the Edge does not use masses more energy than equivalent resources in the cloud.