Hands across the Azure water

Can Microsoft’s Azure Stack bridge the gap between virtual infrastructure and PaaS?

The first Azure Stack Technical Preview is what Microsoft is calling a proof of concept (PoC) release, and was intended for test and evaluation use only. Some key features are currently missing, but the main elements are in place: a version of the Azure Portal, support for Azure virtual machines (along with a gallery of images), and support for the Azure software development kit (SDK).

Other elements planned for the final release, but not in the PoC, include Mobile, API and Logic Apps. However, don’t expect to be running your notification services or large-scale analytics; large-scale platform and data services will remain Azure cloud-only features for the foreseeable future. 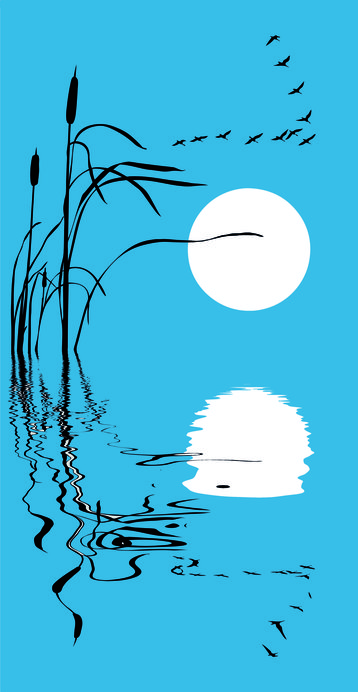 Microsoft is also promising to deliver its microservice PaaS, the Azure Service Fabric, to Azure Stack by launch. With Service Fabric, it will be possible to deploy applications locally, or in the public cloud, giving you the flexibility needed to take advantage of all the available resources for highly scalable applications.

It’ll also be delivering tools for deploying common services, such as SharePoint, as well as supporting Azure’s web-hosting features.

The latest version of Azure Resource Manager is a key element of the Azure Stack model. Templates written in ARM can be loaded into the Azure Stack portal, allowing you to automate builds and deployment. In a hands-on session in Redmond recently, Microsoft demonstrated taking an Azure ARM template from GitHub, editing it and deploying the service from the Azure Stack portal. With ARM support in Visual Studio, you can tie ARM service deployment to application development, version control, and test frameworks. It’s an approach that makes sense when developing cloud applications, both inside and outside your data center.

The initial PoC will support Azure-consistent Linux and Windows images, running on a selection of foundational and core Azure services. While some services will run locally, others – like Azure Active Directory and Site Recovery – will take advantage of existing cloud services.

Microsoft describes the relationship between Azure Stack services and Azure services as a virtuous cycle, with hyperscale Azure services hardened in the public cloud, adding provider experiences, enterprise scale and new integration points, before delivering them to your data center via Azure Stack. As new services are added, they’ll become visible in the Azure Stack portal.

While users will only get access to the Azure Stack portal, administrators will be able to work with the service using PowerShell and a separate management dashboard. The dashboard will allow you to monitor resource usage and control the availability of compute, storage and networking functions.

Azure Stack bears comparison with other hybrid cloud solutions such as OpenStack, as it provides the now traditional pooled approach to storage, compute and networking. However, there are significant differences: Azure Stack builds on hyperscale cloud lessons and brings them back to the data center, while OpenStack takes the reverse approach, focusing on data center-scale solutions. OpenStack is also more focused on infrastructure-as-a-service (IaaS), delivering tools for managing hypervisor and containers. While Azure Stack has many of the same features, it also brings in many of Azure’s platform-as-a-service (PaaS) features.

OpenStack is more focused on infrastructure-as-a-service (IaaS), while Azure Stack brings in many of Azure’s platform-as-a-service (PaaS) features

Microsoft is promising to bring the lessons it has learned from its existing CPS systems to Azure Stack. These include a new update model that will automatically apply updates to the underlying servers and services without affecting user applications. Azure Pack is designed to use a similar level of automation to the cloud-scale Azure services, and Microsoft is suggesting that you take a similar approach to cloud data centers, using the same hardware for each node, allowing you to quickly swap out failed units while allowing workloads to flow to other nodes.

Bringing Service Fabric to the data center is a big move for Microsoft, as it’s one of Azure’s key features: a scalable microservice model that doesn’t require you to run and manage your servers or containers. Allowing developers to build their Azure Stack instances, and then test large-scale applications and IoT solutions without incurring the cost of running on a live service, means that it’s possible to build “born in the cloud” applications in your data center before moving them to the cloud. Alternatively, developers can use cloud resources to build and test apps, bringing them in-house when working with data affected by compliance and privacy rules.

Like OpenStack, working with Azure Stack is a very different experience from using other hybrid cloud platforms. Instead of thinking of an Azure Stack installation as a traditional data center operation, you’re going to need to think like a service provider, creating and managing service plans that can be used as self-service options by users. Integration with Azure Active Directory will allow you to deliver plans that can be targeted at specific groups of users, letting you offer role and group-based functionality and service levels. You’ll also be able to manage a range of usage and storage quotas, controlling how users use the resources in your Azure Stack deployment.

What about the license?

It’s unclear currently how Microsoft will license Azure Stack. The initial PoC distribution requires a Windows Server 2016 Data Center installation to host the single server developer version. Production Azure Stack instances will need a minimum of four servers, and while it’s a platform you can install and manage yourself it’s clear that Microsoft expects its partners to deliver bundled server packages, much like it does with its existing Dell and HP CPS solutions.

While Microsoft has delivered elements of Azure in the past, as part of Azure Pack, the arrival of Azure Stack is its first full-featured hybrid cloud. It’s shaping up to be a powerful tool, and with support for many key Azure IaaS and PaaS features it should be an effective bridge to the cloud for businesses with compliance and privacy concerns.

If you’ve got a spare server with enough capacity, it’s well worth downloading and giving a spin, as it’s clear that this is how Microsoft sees the future of the data center.

This article appeared in DatacenterDynamics magazine