Enhancing your resiliency by islanding your power grid

Microgrids are self-sustainable energy networks that can keep going without any outside connection. If you were to picture a microgrid, then imagine solar panels or wind turbines located on the same site as a consumer such as a data center.

In an ideal world, all the power consumed in the microgrid is generated on-site. In practice, given the intermittent nature of renewables, there’s a connection to the grid to keep it going.

This feature appeared in the October Renewables Supplement. Read it for free today. 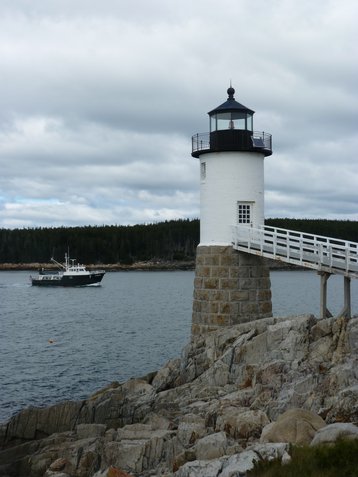 Alongside these, microgrids, which are hyper-localized can seem like small fry. However, data center operators are now giving microgrids consideration - and some can in fact be quite large.

Last year, Pegasus Group Holdings proposed a $3 billion microgrid project in Arizona, called The Hive. The idea is to build a data center with its own dedicated 340MW solar farm, on a 700-acre site.

Smaller companies have also got in on the action. Real estate firm Plouton Group is currently pitching a data center and a solar farm on a 50-acre plot in the Mojave Desert. This microgrid, according to the company, will give Plouton electricity that costs 40 to 70 percent less per kilowatt-hour (kWh) than the grid.

These are untried newcomers to the data center field. To learn more about why established companies are looking to generate their own power, we spoke to Schneider Electric’s expert on microgrids, Carsten Baumann.

“Microgrids have been around for the last two decades, although we may have not called them microgrids back then,” Baumann said. “They were very static engineered systems; they didn't take any advantage of what today is possible.

“When we think about a microgrid, it works in tandem with a facility - whatever that might be, a hospital, or a data center,” Baumann continued. These would normally be connected to the grid but, if there are renewable energy assets on the premises, they can supplement what the data center gets from the grid.

“So, let's assume a data center needs 100 units of energy but the on-site resource produces 20 units, this means the other 80 units would come from the grid.

"Then let's say the wind changes and we can only produce 10 or five units - so it's intermittent. This means you’ll be jumping back onto the grid.”

That’s all very well if the microgrid’s resources produce enough energy for the load, but “many times, we may have more load than we can produce. Therefore, load and supply-demand need to match.”

If we are talking about data centers, then obviously there’s a need for reliability, provided by redundancy. If a microgrid is feeding a mission-critical data center, there must be some sort of backup power generation.

Most often this takes the form of a diesel power generator which will keep running as long as you can keep supplying the fuel - and enough battery-based energy storage to keep the loads running while the diesels slowly fire up.

“Data centers can’t afford to have any failures, so if there’s a blackout then systems have to be in place to detect this and a UPS will have to be up and running to buy time for the generators. [A microgrid] may not have diesel backup generators, but may have fuel cells, natural gas turbines, or a solar battery system.”

Appearances can be deceiving

This backup facility can go some way towards making up for the deficiency of the renewable sources - providing some power when the sun isn’t shining or the wind isn’t blowing.

Microgrids can appear complicated and very expensive. So why are companies looking at them? Baumann says there are three things that may swing a company over to establishing one.

“There are these three aspects we need to look at. One is reliability or resiliency. If something happens to the power, do I have the right infrastructure in my data center, to maintain mission-critical applications? The second one is sustainability.

"And, the third one is financial; would you spend more money to become more sustainable and equally resilient? It's a question a data center operator has to ask themselves. Solar systems, wind systems, fuel cells, and all these other battery systems are capital intensive normally.”

The cost of setting up a microgrid is immense; however, the concept has even been gaining traction in the civilian sector, with actual islands. Since 1983, the Isle au Haut in Maine has relied on a submarine cable that provides the island’s 70 inhabitants with electricity. The cable was only ever meant to last around 20 years and yet it’s still in operation.

The cable could fail at any moment. That would force residents into using a local diesel backup, at triple the cost. It would cost around $1.7m to replace the cable. So, five years ago, the island opted for a microgrid, based around solar panels.

Despite delays due to the Covid-19 outbreak, the island has imported a 300kW solar panel and “supercapacitor” batteries to provide around 1,000kWh. A diesel generator is also on hand in case the system fails.

Regardless of an initial steep investment of around $6,400 per household, the island believes they’ll still make their money back with savings, price freezes, and even a little extra money when they sell back surplus power.

This size of the installation is smaller than any significant data center, where the cost would clearly be higher - and this is the motivating factor in any new courses taken by a data center operator.

“The return on investment won't be for several years,” Baumann said. But there’s also a benefit in meeting sustainability promises, he explained.

“In the data center market, they like to say, ‘we are 100 percent sustainable and we are buying renewable power through a PPA.’” However, a PPA does not equal to producing renewable energy.

“It’s easy to say, ‘I can buy a PPA,’ but you want to be sustainable. You can buy a 10MW PPA from a wind farm in Texas and these PPAs cover the long term. So, it gives you a certain economic benefit as you know how much you will pay over time.

"However, it hasn't done anything to help your resiliency, you’re still reliant on the grid.

"The only way you can improve your resiliency and become less dependent on the utility company is to do some form of self-generation. And that's what we’re seeing more and more.”

Microgrids may still be a rarity, but the idea is becoming a lot more mainstream.