The cloud is ready, but governments should not regulate and tax it

The International Telecommunication Union (ITU) has called for a vast investment in broadband across the world, with Secretary General Houlin Zhao saying that governments and corporations should work together to connect 1.5 billion people by 2020.

China could have a head start in this, because its government isn’t charging high prices for access to radio spectrum according to Chinese network giant Huawei, which hosted the Ultra-Broadband Forum in Frankfurt, where Zhao spoke. Huawei speakers said China was reaching high speed “gigaband” access quickly and deploying 4G faster, because the country has few regulations, and its government effectively doesn’t tax mobile providers by charging high radio spectrum license fees. 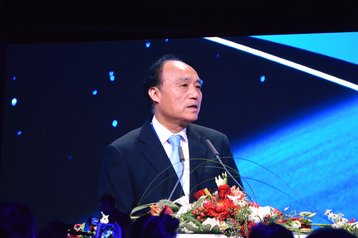 “We need $450 billion for the next five years to manage to connect the next 1.5 billion online,” said Zhao. ”In New York, we heard from the World Bank saying that it’s not easy to find this money - $450 billion for ICT infrastructure development.”

He said that there is a “misperception that telcos are very rich and the business is a goldmine,” and that he struggles to convince national leaders that that isn’t the case. “It’s very important for heads of state to support telcos,” he added, saying that massive infrastructure costs, customer demands for lower prices, and competition from OTT (over the top) businesses make it “hard to survive.”

Zhao cited China as an example where OTT and telcos can get along - “They don’t see the problems with their OTT partners, such as Alibaba, Tencent, etc. They consider this is something new, a partnership where they have to work together. So we encourage [Western] telcos and OTTs to work together. We even suggested there be a working group co-chaired by a telco and Facebook to look at this issue. I hope with our efforts those issues will addressed with satisfactory solutions for everybody.”

Huawei’s president of network solutions David Wang added China’s approach to connectivity regulations is one that could be adopted elsewhere.

He said: “In only the past four years, China has already established more than 2 million 4G base stations. However, in the past 10 years, the total 4G base station established in Europe were less than 300,000. That’s why, currently the speed of 4G networking in Europe is still slow, and sometimes even falls back to the GPRS network.

“The reason for these differences is that in China all the three major carriers do not need to pay even a single penny for the spectrum. But in Europe, the carriers need to pay huge amounts for the spectrum, and they have no other money for investing on the network infrastructure.”

This difference applies to fiber investment as well, he said: “We believe that the policy of the regulators should be more encouraging for the carrier to make investment. Currently a lot of carriers have the capability to invest on gigaband, however the government asks the carrier to open up their fiber network after the construction. A lot of carriers concluded that the return on investment is not good enough, so that they have very low investment preparing for the gigaband.

Luis Neves, executive vice president at Deutsche Telecom and chairman of the Global e-Sustainability Initiative (GeSI) agreed. He said: “There is a misperception from policy makers on how they think about tech transforming the world.”

Wang views a connected future as inevitable - “We believe that the intelligent world is coming - including the smart home, smart factory, smart manufacturing, and smart city,” with “the foundation of such an intelligent world being the ultra broadband connection.” The question is, however, “how can we realize our vision as quickly as possible?”

One such way to speed up the adoption of faster Internet connections, unveiled at UBBF, was the ’Huawei Microwave solution for FTTx,’ offering a transmission capacity ranging from 1 to 10 Gb/s.

Jeffrey Gao, president of transmission products at Huawei Technologies, said to DCD: “Today the microwave is not like a few years ago where it’s just hundreds of megabits per second. Nowadays even microwaves can reach ten gigabits per second.”

The cloud is prepared 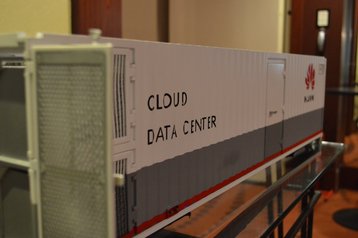 Should the world rush to answer the ITU and Huawei’s challenge to come online, the cloud will be ready, David Wang told us.

He added: “A lot of carriers are also deploying their public cloud so as to provide more comprehensive and agile cloud services. We believe that the infrastructure of cloud, as well as the current public and hybrid cloud services have already developed faster than our expectations.”

The problem, however, is that “the capability of the broadband today is lagging behind,” he said.

Once this bandwidth obstacle is overcome, it will cause users to embrace 4K, 8K and VR technologies, Gao added. This increased video demand will lead to a greater need for edge data centers, he said: “There will be huge data centers, but also if you really try to guarantee the quality of the service you must build the data center for the network age - closer.”