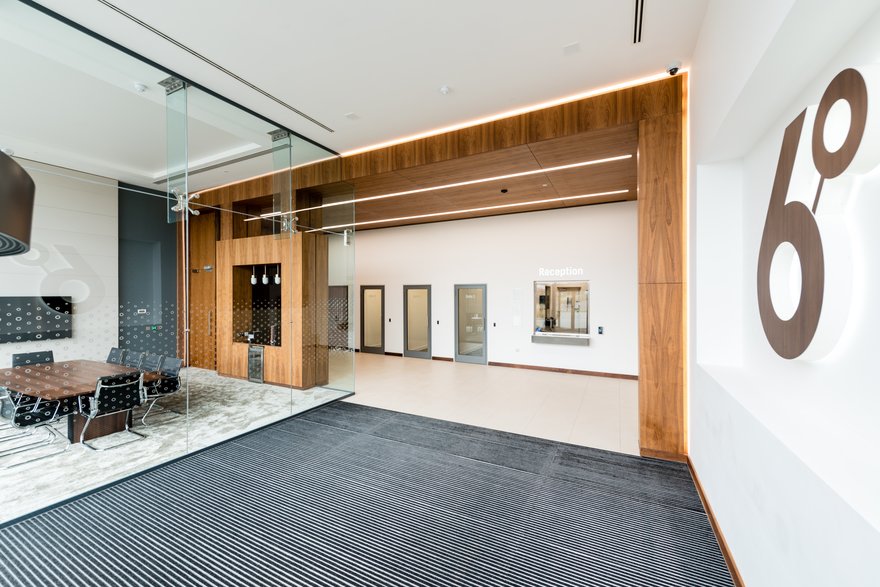 The US-owned company gave DCD an exclusive tour around the ‘Birmingham Central’ facility, and told us why it chose the West Midlands city. 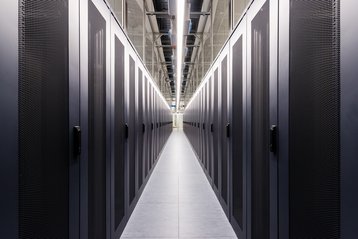 Birmingham Central contains much of what one would expect from a data center of its size - security is tight, with multipoint deadlocking, 109 security cameras, numerous guards and a high fence. Its Riello UPS system aims to provide 10 minutes of autonomy, with two lots of 444 batteries, and its IG55 fire suppression system aims to tackle any potential unwanted combustion with 188 bottles of argon and nitrogen gas.

It is connected by two diverse 11kV feeders from the existing 11kV network and a phased roll out is underway to deliver 14MVA from two separate primary substations.

“There’s only so many ways to build a data center, I think the difference is, obviously, the quality of what we’ve done. Everything from the breakout facility, through to the design,” Timothy Arnold, 6DG colocation technology director, told DCD.

“[We can] just park a generator around the corner, plug it in and make it really just work. That’s more than you would expect, and that goes for the personnel as well. Not only do we have 24x7 security, we have 24x7 MNE, and 24x7 data center remote hands, so three different specialisms.”

Perhaps what most sets the facility apart is its location. “We think this is under served as a data center market. This place has been a little neglected - Manchester has lots of data centers,” Campbell Williams, group strategy & marketing director at 6DG, said.

And, indeed, Williams has a point. Outside of London (and neighboring Slough), data center operators have primarily chosen Manchester - including LDeX, DataCentred, Telecity, Internet Facilitators, and UKFast - to build facilities.

6DG thinks that the time is right for Birmingham to get some attention. The company already operates a small data center 15 miles south of Birmingham. Boasting just 320 racks, the Studley facility is “literally full,” Arnold said, prompting this expansion. “Customers need more capacity, so being able to deliver in a new area, but in the Midlands, is great,” he added.

He continued: “Customers were looking for geographic diversity, but within the Midlands, and there really isn’t a huge amount of choice. Customers don’t want to go - I think stats said - more than an hour away, and if you’ve ever tried to drive to London in the middle of the night, it’s an absolute nightmare, 2 to 2 1/2 hours from here.

“Having two geographically diverse facilities in the Midlands ticks a lot of customers’ boxes. There are a lot of medium to large companies based around here.”

Arnold believes that the city of Birmingham, and businesses in the area, will continue to grow, something that will benefit 6DG. “There’s a lot of expansion, a lot of inward investment,” he said. “Birmingham City have actually invested in this facility, so they’ve spent something like £3m as a grant scheme in here. They really want to grow.”

The facility is built in an Enterprise Zone, which offers simplified planning, discounts on business rates, increased governmental support to attract investment, and opportunities to fund business infrastructure.

But while Birmingham may be on an investment spree, many still remain concerned about the effects of the Brexit vote and its impact on their businesses. Arnold is not one of them: “We are focused on midmarket UK companies, not a significant amount of European companies, so from that perspective we haven’t really seen any significant downturn. Everybody needs data centers, they’re required for all companies, so it is a hugely growing market,” he said.

He also does not worry about the arrival of the US cloud giants - Microsoft just launched three data centers in the UK, while Amazon and Google are right around the corner.  “I welcome it, I think it’s great,” Arnold said.

“There isn’t just one solution that fits every customer, it really depends. And that’s what Six Degrees is really about, that converged technology of some customers just want colo, some want a bit of cloud, some want colo and Azure, some want data connectivity, voice. It really depends on the type of customer, and we have the capability to deliver it all.”