The cloudscape in Australia

What makes the local data center market so different from the rest of the world? Paul Mah investigates

Public cloud has many benefits: it is available on demand and is based on a more flexible opex model, eliminating the need for hefty capital investments, as opposed to rigid legacy architectures. It is inevitable that Australian organizations still running their own data centers will need to adapt to the advent of the public infrastructure, observed Nick Parfitt, DCD’s lead analyst in the Asia Pacific (APAC) region.

The appeal of the cloud 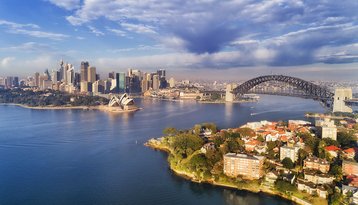 The appeal of the cloud goes deeper than that, Parfitt noted: “Australia’s economy is very much based on the small and mid-sized enterprises (SMEs), far more so than most other economies of this maturity. And it’s because it is isolated and because of its [sparse] population. This means the number of companies that are going to build their own data centers is relatively small although there is evidence of investment in upgrades to existing in-house facilities to transform them away from legacy systems.”

As we previously reported, the Australian government has long advocated a cloud-first approach to tap into the greater capabilities and efficiencies offered by the cloud. How has government cloud adoption progressed in the past three years? According to Parfitt, migration projects had their share of successes, as well as situations that can be attributed to a lack of experience.

“The evolution of Service NSW into private and public cloud for the delivery of services to customers is considered something of a blueprint for Government services elsewhere in Australia. Similarly, GovDC IT support for NSW public sector employees has followed a path towards a cloud-based service catalog,” Parfitt said.

In response to a query from DCD, Peter Adcock, vice president of design and construction at Digital Realty APAC, pointed to an Australia Bureau of Statistics report published in 2017 that shows that approximately one third of Australian businesses have adopted commercial cloud products. And cloud growth is through the roof, if one were to use hyperscale deployments as a gauge.

“Hyperscale has grown exponentially in recent years, which has allowed us to quicken the pace in expanding our data center footprint in Australia,” Adcock said. ”This has been the case especially for Melbourne and Sydney… [And] beyond startups and local enterprises, we are also witnessing many major multi-national companies making sizable commitments to the hyperscale data center capacity in Australia.” 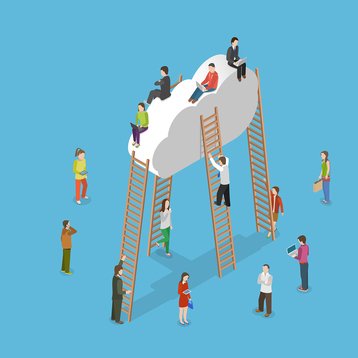 But while the cloud erodes both the need for in-house data centers and colocation demand, Parfitt noted that its impact doesn’t appear as pronounced in Australia, compared to locations such as the US. Citing the results of a recent DCD survey, he pointed to the larger colocation footprint in Australia compared to other APAC markets.

Yet the appeal of the cloud is real, and the trend towards higher compute density inherent in cloud deployments is also putting additional pressure on traditional data centers. Parfitt acknowledged this: “[Demand that] used to be 50 racks is now just 10.”

“The large [hyperscale] providers are doing okay, [by offering] the environments that the cloud providers can use. They do that by offering modularity, scalability, high density of up to 10KW per rack – which is well above the Australian average, and by offering resilience and availability,” he explained.

“Data centers today must operate with hyperscale capabilities to remain competitive, provide new services and meet ever-changing demands,” Adcock said. “We foresee hyperscale data centers accounting for a large majority of data center traffic by 2020, with a rise in data centers being refreshed and hyperscale deployments.”

Indeed, the provider has certainly gained no small measure of success by targeting hyperscale deployments. Adcock pointed to how Digital Realty’s first facility in Melbourne is fully leased to an Australia bank, and the development of the upcoming 14MW SYD11 facility, which is due to be completed this year.

A ray of sunshine

But what of traditional data center providers that are not necessarily geared towards hyperscale deployments? Parfitt said he don’t see them resting on their laurels: “Data center providers are moving from a facility delivery model, and they are moving into services, whether it is hosting or managed services [that add] value to their customers.”

Hybrid cloud deployments, which consist of both public and private cloud components, can serve as a lifeline too. “We expect Australian businesses to begin adopting a hybrid solution to modernize or transform their existing systems in accordance with global trends,” Adcock said.

“When it comes to cloud adoption, most companies generally begin with setting up a public cloud before moving to the private cloud,” he added, noting that the Australian data center market is predicted to reach $2.055 billion by 2021.

Adcock points to an upcoming development that he believes will appeal to enterprises – even those not in favor of hyperscale deployments: “A key driver of growth in data center development is edge data centers – smaller facilities positioned at the ‘edge’ of the network, where end users and devices need a quick response, with minimal latency, whilst avoiding delays usually associated with routing to a centralized data center.”

“In countries like Australia which has vast terrain, organizations will begin relying more on edge solutions, especially in secluded areas, due to the speed of delivery and reliability advantages offered by edge data centers,” he said.

Whatever the future may bring, there is no question that there will be no mass exodus towards one deployment methodology; and that means on-premises, colocation and cloud will have to be adapted to one another.

The digitalisation of the Australian economy continues apace, and recent DCD research confirms that of all the countries in APAC, Australia is the most likely to invest directly in infrastructure as part of a transformative process. The local IT headlines of 2017 – Amazon, AirTrunk, the onward march of AI, cyber-attacks, NBN, IoT, the continuing debate over technology, employment and skills – suggest that Australia is itself transforming to maintain its place in the world.

As part of DCD’s world-leading series of events devoted to data center scale IT infrastructure, DCD Australia: 2018 will include recognised speakers from Australia and overseas delivering a leading edge programs across presentations, Q&A, panels, workshops and demonstrations supported by break-out sessions and expo. DCD: Australia will connect the market-shapers, informing, influencing and instigating change and development throughout this exciting sector.

DCD events operate on a ‘free-to-attend, by invitation’ model for qualified end-user business executives, managers and technical professionals directly engaged with IT, data centers and cloud infrastructure. If your company operates its own on/off premise data center(s), or if you are a significant end-user of data center and cloud services and are involved in technology planning, procurement, implementation, and operations, then you may qualify. Click here to find out which pass you qualify for, and register for the conference.