Sir Philip Lowe, World Energy Council, on the global energy trilemma - and what it means for data centers 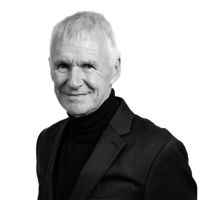 Sir Philip Lowe, Executive Chair - Energy Trilemma Initiative, World Energy Council sat down for a Q&A with DCD's Kisandka Moses to discuss his research into the global energy trilemma, as discussed in his recent episode of DCD>Grid Scale

Q: Sir Lowe, you've had a distinguished career in business and government, holding the senior positions of Director General for Competition and Energy at the European Commission. How has your career led to your current role at the World Energy Council?

A: I took up a role at the European Coal and Steel Community, which was responsible for lending and borrowing to what is now the European Union. So I've been very much associated with steel, but also with energy. From that moment on, we’ve been talking more about how to help regions transition from coal and domestic coal towards a more cost-effective energy system.

[Later] inside the [European Commission], I took part in a lot of initiatives on industrial restructuring on regional development, and later on [I focused on] competition, the energy challenge and the climate change challenge as well.

It was natural that I would, after the Commission, take on some kind of responsibility in the energy and climate change area and this is why I'm chairing this initiative [with the World Energy Council]. The Trilemma Index is an annual report which we produce that compares how countries are moving towards their energy and climate change objectives in terms of security of supply, environmental sustainability and in terms of the access to energy and its cost. 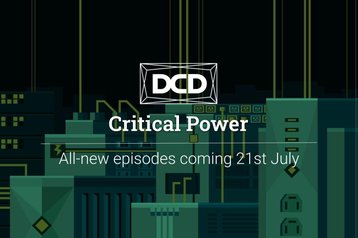 A: Well, there are a number of organizations throughout the world who bring together people who are decision makers and who want to influence the decisions which are taken by [various] governments and to ensure that energy is provided, securely. Prior, the World Energy Council was probably dominated mostly by oil producers and producers of gas, and coal.

Of course, the energy landscape has got a lot more diverse. Approximately 10 years ago, the Council realized that there was a need to provide its member committees, and its membership (which is partly CEOs and partly government representatives) with some kind of framework in which they can place themselves and compare what they're doing to what other countries are doing in relation to the major objectives of any kind of energy policy.

Obviously, security of suppliers are very important [to this mission], we don't want the lights to go off unexpectedly. Equally, we don't want to have the impression that we're using energy and destroying the environment, whether through climate change or by reduction of biodiversity and pollution of land and water. And thirdly, it's essential. If you look at the membership of the World Energy Council, the majority of countries are not rich, developed countries; they are developing in different ways throughout the world.

And so, access to cost-conscious energy for profit relations are essential in Africa, Asia, South America, as well as richer developed countries. So, the World Energy Council distinguishes itself from other bodies such as the OECD and the IAA in that our membership is completely inclusive throughout the world. [In terms of membership], we have the Chinas, the Russias and Brazils, but we also have Burkina Faso and Zimbabwe for instance. In Asia, all the countries are members and this inclusive nature of the organization is very much helping everyone. Determining what sustainability means, what security of supply means, and what accessibility and affordability means in different contexts; there's no one size fits all answer to energy. You've got to look at it nationally, sometimes regionally and sometimes locally.

Q: You recently led an episode of DCD>Grid Scale, which is now available to stream on-demand. Are there any headline messages you would like our audience to take away from the episode?

A: My headline message is that we've got to look at the major advantages which data centers bring to the provision of services for society as a whole, including the ability to use energy more efficiently. But at the same time, you've got to be conscious of the fact that data centers themselves are consumers of energy, so it's vital on that side of the equation, that that energy efficiency in the running of data centers is a major priority.

Now there are a number of scare stories around the environmental impact data centers. As I understand from serious research on the issue, these scare stories are not correct. But there are circumstances where for example, heavy use of data management capabilities can produce disproportionate use of energy, particularly in the area of cryptocurrencies for example. Everyone needs to be conscious of the consequences of that kind of activity for the energy world. But I come back to the other side of the equation, [there is no doubt that] the provision of services electronically is vastly improving our attempts to use energy more effectively.

[We're] determining what sustainability means, what security of supply means, and what accessibility and affordability means in different contexts; there's no one size fits all answer to energy. You've got to look at it nationally, sometimes regionally and sometimes locally.

Q: What's the biggest challenge you face in educating big industry about the energy trilemma?

A: The question of which so many people come to me and others to ask is, well, when is this all going to begin? When are we going to start implementing this? This is important for one reason: strategy. Moving to net-zero emissions, but also securing supplies and ensuring that the energy remains affordable, means that there's a massive amount of cooperation and coordination to be done with all the different partners for companies and all different levels of government.

For a company, it hits suppliers as well [and] its customers need to be involved and committed to the same objectives. For governments and companies to access the infrastructure necessary to implement the strategy is absolutely vital.

We've seen how long it takes to invest in new infrastructures, to get the planning permissions for example. So people may object to new investments which, in the short term have consequences for the environment, but in the longer term are absolutely necessary in order to preserve the environment. So there are a lot of trade-offs, and I think we've all recognizing that the world doesn't stand still while you change things.

If you want more exclusive power content, subscribe to stream the latest season of DCD>Critical Power coming this July: