It's more fun to work for Conapto than it is for a major multinational, says Björklund

Tier two and three cloud providers are going colo, opening up new zones with colocation providers close to hyperscalers, rather than building and kitting out their own data centers, as they expand across the world. At the same time, enterprises are looking to shed their data centers and either go all-cloud or move to colocation in a bid to remove a significant management headache, as well as to lighten their balance sheets. 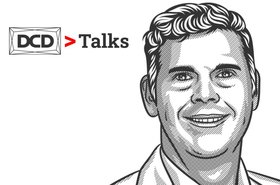 “[Take] Oracle, for instance, they opened a new data centre in Sweden just a couple of months ago. But that that was a colocation, they didn't build the new data center. We expect to see more of the tier two, tier three [cloud providers] and tech companies, to simplify it a bit, to go colocation, and they want to be in a cluster around the hyperscalers,” Björklund told Rockett.

“We also see companies with headquarters in the US, that have established themselves maybe in the UK, Frankfurt or Amsterdam, now need to get closer to their customers in Northern and Eastern Europe, with Russia, etcetera. So there is a strong movement in that direction, too.”

Hyperscale data center operators, he added, had tended to coalesce in Sweden out of all the countries of the Nordics and the Baltics, partly because of the favourable environment, but also due to easy access to renewable energy – namely, hydro-electric power, which also offers stable pricing compared to locations more dependent on conventional power.

Conapto has also pioneered a means by which organizations can offload the burden of their data centers and migrate, by buying and leasing back corporate data centers, while migrating them over to Conapto’s. This has not just attracted the attention of SMEs, but also major corporates, including a €50 billion turnover Swedish retail giant.

“Lots of enterprises have data centers that are, maybe, one size too large for them… So we go in and very smoothly take over their data center, move them into our data center, and then close it down. The benefits on their side are, first of all, cost savings but also on reducing their carbon footprint,” says Björklund.

One client, he adds, selected Conapto purely on the basis of anticipated carbon emissions reductions, which it estimated at around 2,100 tons per year.

Increasingly, adds Björklund, enterprises running their own data centers simply doesn’t make economic or organizational sense, and shifting hardware into colocation, or moving to the cloud, in any case, is not dissimilar to the way in which business sectors typically evolve.

Ten, 15 or more years ago, he continues, organizations had no choice but to establish their own data centers on a national or regional, basis. But as business’s IT needs have grown, growing those data centers accordingly, and keeping them fully staffed, as well as secure, has become a major challenge.

Furthermore, today the best engineering and security staff, rather than going to major companies, are instead attracted to hyperscalers and outsourcers where the biggest pay packets and challenges can be found, leaving ordinary companies struggling to fill important roles. “It’s more fun to be an engineer at Conapto than to be an engineer running a data center,” says Björklund.