US vs Europe with Airedale by Modine

How the regions’ cooling markets differ

The Atlantic is a big ocean, and cooling trends wouldn’t be the only thing that differs between the Americas and Europe. With such opposing ideas on cuisine, culture, politics, and values, how can we expect technologies to be the same as well?

OK, admittedly the differences in cooling technology have much more to do with climate factors, the infrastructure in place and the connectivity needs of the regions, but it's a fun comparison to make.

Airedale by Modine, as a company that works across both these regions, is well acquainted with those variations.

“Some of the products that are popular in Europe are not going to be as popular in North America, so those products we've tended to try and steer clear of and we haven't rolled them across if we’ve already got products that are pretty much aligned with a marketplace,” explains Stuart Kay, director of business development at Airedale by Modine.

“Economized screw chillers, CRAC units, and fan walls are moving really well in North America at the moment, so we've brought those products across but we've held off on some of the other products that we thought might work in North America where we've looked at them, and then not had the inquiries that we expected. We've held back a little bit and we're waiting for market shifts. We are looking at where the changes are occurring, and what we need to do to be successful.”

The obvious variation between the US and Europe can be found in the differing climates and the resources available. But there is also a difference in business values. For example, Europe has made far more headway toward sustainability goals, partly due to regulations in the region.

But, with regulations popping up in the US too, change is likely to occur. So how has Airedale prepared for this?

“We've steered clear of airbags, and we've tried to make them dry systems. We don't want to use gallons and gallons of water: we know we’re running out of water everywhere in the world, so it's a precious commodity and we need to try and maintain it.

“Then with refrigerants, it’s making sure that we've got low-GWP refrigerants in our lab products, for which a lot of the development work has already been done in Europe, so we're just transferring that across to the US as and when we need it as legislation changes.

“The US has just signed the Kigali amendment to the Montreal Protocol, so we're going to start phasing down refrigerants. The US has probably been a bit smarter and has a higher 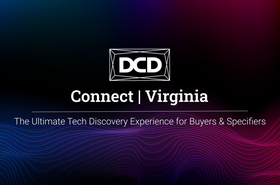 baseline than we did in Europe, but we're five years into it in Europe so we've already been through the pain and we know what the pains are that are coming to North America as well.

“So we've got those new chemicals, those new refrigerants in place to make sure that we're not going to get caught out because the quantities of refrigerant that we’ve used for years won’t be available moving forward, so we've got to have alternatives if we're going to carry on mechanical cooling.”

The Kigali amendment to the Montreal Protocol was agreed upon in 2016, and countries committed to cut the production and consumption of HFCs (hydrofluorocarbons, or greenhouse gases) by more than 80 percent over the next 30 years. Though only six years into the plan, climate change is an increasingly critical issue.

These changes in the US cooling industry are, as with every aspect of the data center industry currently causing supply chain issues. Airedale is no stranger to this dilemma.

“All manufacturers at the moment have problems with semiconductors. We're all struggling to get things like fans, controllers, and some of the other componentry. Everything is getting stressed, we've got a market that's growing, so the supply chain comes under a lot of pressure. We’re ordering component parts out till the end of 2024, and now we're looking at 2025,” says Kay.

“I've actually got a meeting with a client this afternoon where he's looking at purchasing equipment for 2025 just to secure the factory space and make sure the componentries are ordered in enough time. That's what manufacturers have got to do, and the supply chain has got to be looked at sensibly to make sure that you're gonna have the equipment available.”

In many ways, the US is still playing catch up to Europe on the cooling-technology front. But in an ever-changing industry (and world), who knows how the race will continue to unfold.

Tune into the DCD>Talk to learn more about Airedale’s cooling offerings.