The company says that the facility is the first carrier neutral Tier III colocation data center in the country, with the majority of data center builds on the island happening in the Republic of Ireland. 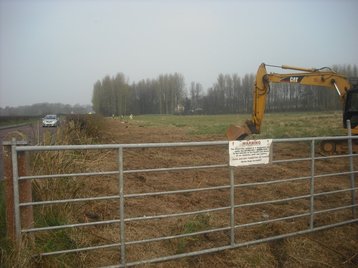 The data center is close to the landing station of the Project Kelvin Transatlantic fiber, which connects Northern Ireland to Northern America via the Hibernia North submarine cable system.

5Nines’ facility is located on a new enterprise zone in Coleraine, ‘Atlantic Link,’ nearby to Ulster University’s Coleraine campus.

The zone was announced in 2014, and later that year Coleraine Borough Council acquired the 20 acre site, sub-leasing a five acre plot to 5Nines, followed by development and sub-leasing of the other 15 acres.

“This is the crucial next step for the Digital Causeway, attracting new industries and jobs to the region and giving Causeway Coast and Glens a competitive edge which no other site in Northern Ireland can currently offer,” Mayor Alderman Maura Hickey said, Coleraine Times reports.

“I am delighted that the determination and support of Councillors has made this ambition a reality and we look forward to the growth it will bring to the local economy.”