There's no loyalty in the world of lobbying

Lord Browne of Madingley has handed in his two months' notice at Huawei, ahead of an expected ban of some of the company's equipment by the UK government later today (update: it's official).

The former BP boss was one of a number of high profile hires by the Chinese company that attempted to improve its relationship with the British government. 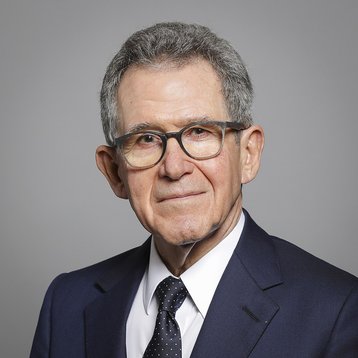 “When Lord Browne became Chairman of Huawei UK's board of directors in 2015, he brought with him a wealth of experience which has proved vital in ensuring Huawei’s commitment to corporate governance in the UK," a Huawei spokesperson told DCD.

"He has been central to our commitment here dating back 20 years, and we thank him for his valuable contribution.”

Browne - whose cost-cutting measures at BP were blamed for a string of environmental disasters, according to Oil: Money, Politics, and Power in the 21st Century - was knighted in 1998, one year after taking the helm of the oil giant.

He resigned in 2007, amid claims that he had misused company funds and lied to a court, and took on a number of high profile executive and advisory roles.

He operated as the UK Government Lead Non-Executive Director from 2010 until January 2015, and two months later was appointed Executive Chairman of L1 Energy, an energy investment vehicle co-owned by Russian billionaire Mikhail Fridman.

Browne also sits on the board of directors of Pattern Energy and IHS Markit, and advises Edelman, Schillings, Afiniti, Kayrros and Windward. In March 2018 he took Leave of Absence from the House of Lords.

But of all his roles, his work at Huawei has proved the most controversial.

Amid a growing US-led campaign to paint the company as an arm of the Chinese state, a claim Huawei denies, increasing scrutiny has been leveled at the influential Britons it pays.

Browne is not alone - Huawei UK includes directors such as Sir Andrew Cahn, the former head of UK Trade and Investment, and Sir Mike Rake, former president of the Confederation of British Industry (and former BT Group chairman).

Sir Ken Olisa sits on the board member and, as Lord Lieutenant of London, is also the representative of the Queen. Former UK Chief Information Officer John Suffolk now heads the company's global security.

An uncorroborated dossier compiled by former MI6 officer Christopher Steele (known for the infamous 'pee tape' document) alleges that some of these high profile figures were targeted by the Chinese Communist Party, through Huawei.

The 86-page ‘China’s Elite Capture’ document, seen by the Daily Mail, claims that covert techniques were used to manipulate the individuals into believing positive things about Huawei. Browne is mentioned in the document, but not as a target.

Huawei's efforts, whether they including covert action, appear to have failed. After saying in January that Huawei would be allowed to sell equipment to telecoms providers for their 5G networks, the UK government reversed course. Now a ban is all but guaranteed - the only question remaining is how severe it will be.