Three carrier hotels, including 151 Front Street, up for sale

The company this week confirmed that it is exploring the sale of its urban data center (UDC) portfolio in Toronto. 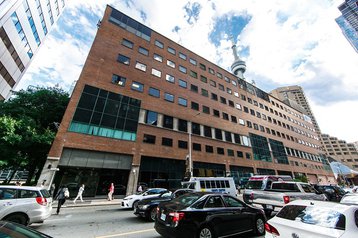 According to the Globe and Mail, Allied currently owns three data center properties in downtown Toronto, including the 151 Front St. West carrier hotel where Digital Realty, Equinix, and Cologix have a presence.

While the REIT didn’t specify, local reports suggest the company is seeking around $1.3 billion for the portfolio. Revenues from Allied’s data centers were $47.74 million in the first nine months of 2022, up 5.4 percent year-over-year.

“Allied regularly reviews and evaluates strategic opportunities that management believes may be in the best interests of Allied and its stakeholders. Allied has not entered into an agreement to complete any particular transaction in relation to its UDC portfolio and there can be no assurance that current exploration will result in a decision to complete any transaction,” the company said.

A transaction “would crystallize significant value in Allied’s urban data center portfolio that we believe is not being appropriately recognized/priced in by the public markets,” BMO Nesbitt Burns fixed-income analyst Nicholas Kim wrote in a note to clients.

Scotiabank is acting as Allied’s financial advisor in connection with this exploration.

151 Front Street previously changed hands in January 2004, when an investment group led by Northam Realty Advisors purchased the building from Trizec Properties for $59 million. The site was built in 1954 to house telegraph equipment and operated as a mixed-use facility until it was bought by Trizec in 1997 and redeveloped for modern telecom use.