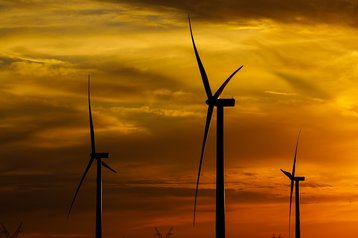 The projects are located across the US, Spain, France, Australia, Canada, India, Japan, and the United Arab Emirates. They include three new wind farms, 26 new solar farms, and eight new rooftop solar installations at its buildings around the world.

“Our commitment to protecting the planet and limiting Amazon’s impact on the environment has led us to become the largest corporate buyer of renewable energy in the world in both 2020 and 2021. Given the growth of our business, and our mission to run 100 percent of Amazon’s operations on renewable energy, we aren’t slowing our renewable investments down,” said Andy Jassy, CEO of Amazon. “We now have 310 wind and solar projects across 19 countries, and are working hard to reach our goal of powering 100 percent of our business on renewable energy by 2025—five years ahead of our original target of 2030.”

This week's announcements include 23 projects in the US across 13 states, taking its portfolio in the country from 7.2GW to 10.4GW. New projects include Amazon’s largest renewable energy project by capacity announced to date; a 500MW solar farm in Texas.

There are five new projects in Spain, adding an additional 314 MW of renewable energy capacity and taking its total investment in the country to 1.4GW. The new projects include three solar farms and two wind farms.

A second renewable energy project in France brings the company’s capacity in the country to 38MW.

“Amazon continues to be a leader in rapidly scaling up renewable energy projects here in the US. This increasingly includes hybrid projects that pair energy storage with renewable energy generation, unlocking the ability to use clean reliable energy throughout all hours of the day,” said Heather Zichal CEO of the American Clean Power Association (ACP).