Amsterdam Internet Exchange (AMS-IX) has received the Open-IX Association’s OIX-1 certification for its Amsterdam-based internet exchange network. It is the fifth exchange to receive the industry association’s OIX-1 credential, and the first  outside the US. 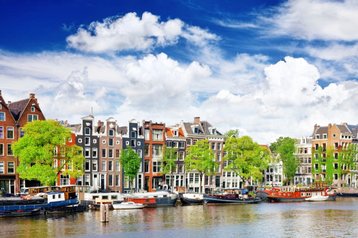 OIX-1 is a global standards certification for internet exchange points. It establishes “a minimum level of service and engineering” and was developed by IXP managers, engineers and customers, according to Open-IX. Technical requirements include baseline service level, infrastructure, and operations standards.

AMS-IX was founded in the early 1990s as a neutral and independent internet exchange. The exchange currently interconnects hundreds of networks through its IP exchange services, also known as peering. AMS-IX dubs itself as the “world’s largest internet exchange,” which interconnects more than 700 IP networks globally. In addition to its flagship exchange in Amsterdam, AMS-IX operates exchanges in Hong Kong, the Caribbean, Eastern Africa, New York, Chicago, and the San Francisco Bay Area.

Given this level of connectivity, it’s not immediately obvious why AMS-IX needs OIX certification for a European facility, given that European centers generally enjoy high levels of peering, and Open IX was founded specifically to bring these benefits to traditionally more insular US providers.

Since launching the program in 2014, OIX has now certified 22 data centers and five exchanges - three of which belong to AMS.

”The achievement sets a precedent for other global exchanges to become Open-IX certified and drive higher worldwide technical and operating standards for IXPs,” said Job Witteman, CEO of AMS-IX in a press statement.