AMS-IX founder and CEO due to leave company

After 17 years of running the world’s largest Internet exchange

Job Witteman, founder and CEO of the Amsterdam Internet Exchange (AMS-IX), will soon be leaving the company, ceding his position to the current management team whilst they seek out a suitable successor.

The AMS-IX was unofficially launched in 1994 as a not-for-profit organization by a group of carriers and subsequently established in 1997 as an association. Witteman was one of the association’s founding board members, and it was he who created AMS-IX as a limited company in 2000, and has since served as its CEO. 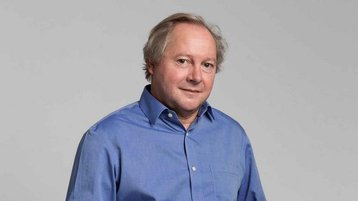 Last year it achieved 30 percent year-on-year growth and a 15 percent revenue increase over the same period.

Witteman stated that “after 17.5 years of helping build AMS-IX, it is time for me personally to seek new challenges and I want to see where I can add value with my knowledge and experience. With great confidence, this can now happen, knowing that the company is in top condition. I am very proud of what we have achieved over the past years.”

“I have seen the Internet grow from the time it was still in its infancy, to a place where people have access to the Internet on their mobile phones and nobody can imagine a world without it. I am very proud that I have been able to contribute to this success and development and reflect on a wonderful career in this still fast-growing market. I am confident AMS-IX will keep its leading position for many years to come.”