Shipments of Arm chips hit a new record, with the company's partners shipping nearly one chip for every human on the planet. 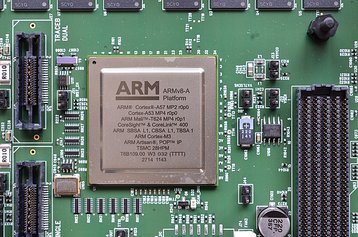 "Together, we are meeting the insatiable demand for compute and defining the future of computing that will power the next great technology revolutions on Arm.”

Haas was appointed CEO of the company in February after Nvidia's acquisition of Arm collapsed due to regulatory blocks.

The company then began preparing for an IPO, with Haas claiming "Arm’s market opportunity has never been greater." However, just a month later, the new CEO said he planned to lay off 12-15 percent of Arm's staff.