9MW due to come online in December

Brazilian data center firm Ascenty has started the construction of its fourth data center in the São Paulo region of the country. 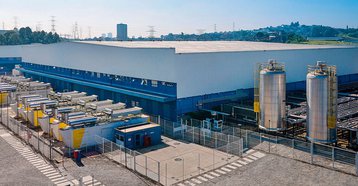 The new facility will be the fourth in Osasco; the 7,000 sqm data center will offer 9MW of capacity. The company is investing around R$220 million (US40.9m) in the project, which is scheduled to go live in December.

The latest data center will take Ascenty’s footprint in São Paulo to a total of 33MW. The company is planning two new data centers in the São Paulo area of Brazil, and a total of five more in 2022.

Ascenty – controlled by Digital Realty and Brookfield Infrastructure Partners – aims to expand its capacity from 245MW to 368 by the beginning of 2023. The company has 28 data centers across Brazil, Chile and Mexico, 19 of which are in operation and eight under construction. By the end of 2022, the company will have started operations at five new facilities, two in Brazil: São Paulo 4 and Hortolândia 5; as well as Mexico 1 and 2 and Chile 2.