AT&T Communications has signed agreements to use public cloud services from both Microsft and IBM. The cloud providers have promised to use specific networking technologies form AT&T.

The deals, announced on consecutive days appear to cover cloud services used by employees within two separate parts of AT&T, and don't amount to AT&T reselling the public cloud services or offering them to customers directly, but could result in the AT&T partners using IBM Cloud in their offerings. IBM and Microsoft have agreed to make AT&T a partner for networking technology. 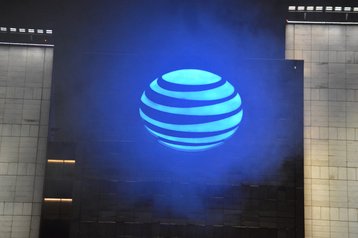 Both deals are "multi-year strategic partnerships" and implement an AT&T strategy to move its own internal IT onto the cloud, rather than running its own data centers. This follows a decision last year to sell the facilities in which it offered data center services to customers. Thirty-one AT&T data centers were duly sold to investors and became a new provider - Evoque Data Center Solutions.

In the IBM Deal, AT&T Business plans to shift its applications to IBM Cloud and use recent IBM acquisition Red Hat's software to manage the workloads. This deal seems to be deeper than the Microsoft cloud deal, as it makes IBM the major cloud provider for AT&T Business, and involves IBM in managing the AT&T Communications IT infrastructure across different public and private clouds (presumably including Microsoft Azure).

In fact, it's not clear how much of this is new at all: AT&T Business has been IBM’s strategic global networking provider for some time, and AT&T has been a long term user of Red Hat before the IBM acquisition.

Meanwhile, the Microsoft agreement doesn't put Microsoft into a position of managing AT&T clouds, but is a big deal: it could spread Azure cloud across the whole of AT&T, by equipping AT&T staff with Microsoft tools, including the Office 365 cloud productivity products. This deal covers AT&T Communications, not just AT&T Business, and makes Microsoft AT&T's preferred cloud provider for "non-network applications," many of which will move to Azure.

On the network side, Microsoft will team up with AT&T to offer 5G-enabled applications and Edge applications to mutual customers. The release sketches futuristic applications which might "improve how people live and work today and in the future" - such as emergency services taking calls over 5G while AI provides live voice translation for people in need.

Following AT&T's disposal of its customer-facing data centers, the big win for the telco will very likely be getting rid of internal facilities used by its staff: AT&T says it is becoming a "public cloud first" company and is "consolidating its data center infrastructure and operations."