5G will be available to all of urban India by 2023, says CEO

Bharti Airtel is gearing up for its commercial 5G launch "within the next month" according to its CEO Gopal Vittal.

Vittal told customers by letter that Bharti Airtel is bringing 5G to key metro cities imminently, per a number of local news outlets. 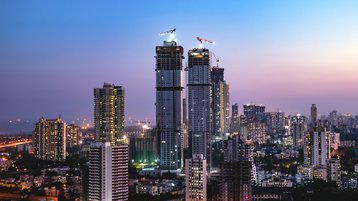 In the letter, Vittal said: “We expect to launch our 5G services within a month. By December, we should have coverage in key metros. After that we will expand rapidly to cover the entire country. We expect to cover all of urban India by the end of 2023."

Earlier this month, domestic rival operator Jio Reliance said its commercial 5G service was due to go live in time for Diwali next month, in Delhi, Mumbai, Kolkata, and Chennai. Its chairman Mukesh Ambani has plans to bring 5G to more than 1,000 cities in the country.