Planned facility could use too much water, cost money, and bring too few jobs

Over the weekend, members of Brétigny Transition, Friends of the Earth, Attac, Greenpeace, and local political candidates pushed back on the project.

The group criticized the data center's potential water use, the cost of connecting it to the grid, and the low number of jobs.

Feature: How to work with communities and avoid data center NIMBYism 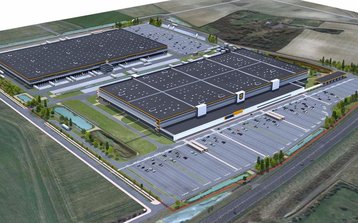 "We are not against data centers, we have the Internet, we are living with the times," Brétigny Transition spokesperson Hélène Bureau told Le Parisien.

"But they don't have to be done randomly. The concern here is that it will tap into the water table because these centers consume a lot of water. And right next door is the l'Envol farm, which produces vegetables that are sold to the locals. These activities are incompatible, the water table is already in high demand.”

The new data center will require two high voltage lines, which protesters claim AWS will only pay for half of. They also do not like the data center's onsite diesel storage in case of issues with the grid.

The site is already home to an Amazon logistics warehouse for its eponymous eCommerce website, and the company previously planned to build a second warehouse at the site.

But Amazon decided to build a data center on the land instead, which will employ far fewer people.

“Discussions are still ongoing," Mayor Nicolas Méary said in a statement. "I asked AWS a number of questions on the environmental impact, water recovery, solar panels… on data protection, tax contribution, and elements of contribution to the territory. As long as I do not have an answer, the file cannot move forward."

When Amazon first filed with the Essonne prefecture for a permit under French environmental protection rules for the data center earlier this year, local politicians pushed back.

"Amazon has not bothered to consult us on its data center project," the mayor said at the time.

Local mayors in the area have sent letters to Amazon France citing concerns over the environmental and economic impact of a data center being constructed on the site.