Reportedly the most powerful university supercomputer in the country, at less than 400 teraflops

Located at the State University of Campinas (Unicamp) in São Paulo, the new system is reportedly the largest university supercomputer in Brazil. 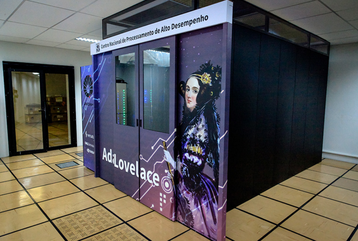 The system was designed by Versatus HPC, a local HPC technology provider, and is capable of 268 teraflops on CPUs and 97 teraflops on GPUs.

“Cenapad-SP had a very sophisticated computational park, but, as it has been in operation since 2010, it exceeded its capacity. Now, with the new supercomputer built with the most modern technology on the market, it will be able to count on another five to seven years of use with excellent performance," comments Antonio Nabholz, New Project Manager at Versatus HPC.

The $1.15 million Ada Lovelace was financed by Financiadora de Estudos e Projetos (FINEP), or Funding Authority for Studies and Projects; a government organization under the Ministry of Science of Technology and dedicated to funding of science and technology in the country.

“We are very pleased to be able to provide the HPC solution for such an emblematic and relevant project for Brazilian science,” said Raymundo Peixoto, senior vice president of Datacenter Solutions at Dell Technologies in Latin America.

“To accelerate the growth of science in Brazilian universities, and consequently in Brazil, it is necessary that our researchers, students, professors, and scientists have the best tools possible. I am confident of the good that Ada will bring to the entire community of national researchers,” added Marcio Aguiar, director of Nvidia's Enterprise division for Latin America.

Earlier this year the UK's Loughborough University launched its own supercomputer named in honor of Ada Lovelace.