BT’s data center near Bogota in Colombia, which opened in November 2014, has been certified as a Tier IV facility by the Uptime Institute - meaning it should have 99.995 percent availability, or only around 26 minutes downtime per year.

The data center, named Naos, already had Tier IV design certification based on its specification. It is now the first Tier IV site in Colombia and the third in Latin America. The design should withstand any planned or unplanned failures without interrupting or affecting the IT services it hosts. The certification also means that any faults in the main systems can be detect and isolated whilst keeping critical loads running. 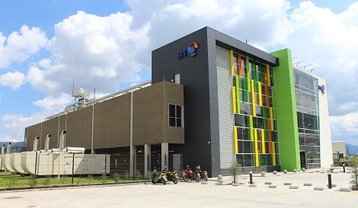 Colombia is the fourth largest market in Latin America for data centers, following Brazil, Mexico and Argentina, and is growing at 20 percent per year, with a move towards outsourcing, according to  DCD Intelligence’s recent report Latin America Data Center Market Trends 2015.

The country’s data center industry is growing fast around Free Trade Zones, which have attracted other providers besides BT, including IBM. BT now has three data centers in Colombia, with Tier II, Tier III and Tier IV certification respectively.