The 10th country to join the European exascale supercomputer project

Bulgaria has become the latest European country to sign up to the EuroHPC project, an EU initiative aimed at developing the joint framework for “an integrated supercomputing infrastructure capable of at least 10 to the 18th power calculations per second” - in other words, reaching exascale. EuroHPC hopes to get a European machine among the world’s top three exascale supercomputers by 2022.

The initiative was joined by France, Germany, Italy, Luxembourg, the Netherlands, Portugal and Spain in March, followed by Belgium in June and Slovenia in July. EuroHPC will see the EU provide infrastructure and services to scientific communities, industry organizations and public sector members from the signatory countries. The next step for the project is to build a roadmap with implementation milestones, in order to meet its goals within the set timeframe. 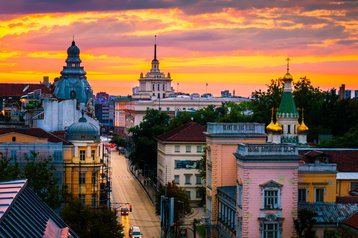 Switzerland is expected to be the next EU member state to join the initiative later this month. Though all members are encouraged to be a part of it, the UK has so far abstained from doing so.

Another European undertaking, the EuroEXA project, does include the British Isles. The group, made up of industry representatives and members of the research community, is planning to co-design a modular supercomputer architecture (MSA) prototype.

In order to achieve this, EuroEXA plans to use ARM Cortex-based processors and Xilinx Ultrascale FPGA acceleration, reaching petaflop level by 2020, after which it hopes to deploy an exascale system between 2022 and 2023.

Last month, the group received €20m under the EU’s research and innovation program, Horizon 2020. However, the scale of investment by the European community is dwarfed by the funds already committed to this kind of research by China, the US and Japan.

In the United States, the Department of Energy has pledged $258m to the Exascale Computing Project. As part of the project, the Oak Ridge National Laboratory (ORNL) is building ‘Summit,’ which it hopes will become the world’s most powerful supercomputer once it comes online.

Meanwhile Intel is helping build ‘Aurora,’ which, if launched as planned in 2021, could become the country’s first exascale HPC.

China is seeking out one or several companies to build exascale protoypes, and says it will use exascale computing to pursue its maritime expansion plans.

In March this year, the Japanese government contracted Fujitsu to build ’Post-K,’ a 1000 petaflop machine based on ARM CPUs, expected to be up to ten times faster than today’s top ranked supercomputer, Sunway TaihuLight, when it launches in 2020.