The ICeData project aims to develop and commercialize highly efficient integrated circuits based on gallium nitride (GaN), for power supplies used in data center servers. The technology, which has been proposed for some time, can cut losses in energy conversion, making power supplies more than 98 percent efficient. 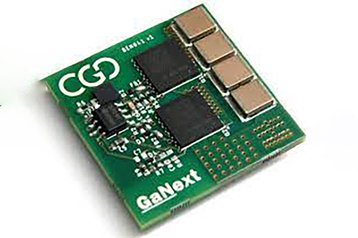 A switch to GaN-based chips could save megatons of CO2 emissions per year, says CGD.

Power enters data centers at 48V and needs to be transformed down to lower voltages before it reaches components in servers. This job is normally done by ubitquitous silicon based metal–oxide–semiconductor field-effect transistors (MOSFETs), but gallium nitride has been proposed as an alternative.

GaN-based integrated circuits can be used in power conversion, and operate much more efficiently while also being smaller, making for a better power density. In the US, chips have been produced by EPC for more than ten years, but so far they have been prohibitively expensive, and only used in specialized applications such as LIDAR lasers and wireless power transmitters.

CGD believes that, with its proprietary ICeGaN gate technology, the time could be right for developments in production, and a potential mass market, to bring down the price low enough to make chips for switched-mode power supplies (SMPS) used in servers.

It projects that if its ICeData project succeeds (along with other GaN operations), it could save more than 8 megatons (million metric-tons) of CO2 emissions per year by 2030. It could also cut investment and running costs for data center power systems by up to 10 percent.

ICeGaN allows systems to drive a GaN transistor without a specialised GaN driver, which CGD says is a first in the market. It will also have smart inbuilt features for sensing and protection to make it more reliable without the need for extra components. The on-chip sensing and protection circuits will react in nanoseconds to overcurrent and overtemperature events, protecting the device and the power system.

CGD says the project will create a production-ready set of GaN power IC solutions, and predicts the GaN market will grow from a few million USD today to more than $1.1 billion by 2026.

“Exponential growth in demand for data storage and processing, accelerated by the Covid-19 pandemic where cloud-based connectivity became an essential tool for businesses around the world, is resulting in huge increases in data center energy usage," said Dr. Giorgia Longobardi, CEO and founder of CGD. "This is a serious concern when two percent of the world’s energy usage is already consumed by data centers and this is only set to rise. Cambridge GaN Device’s ICeData project addresses solutions that are lighter, more compact, significantly more efficient, and potentially cheaper than those based on silicon. Developing green technologies that deliver real reductions in CO2 emissions and create greater energy efficiency is vital if we are to meet low carbon targets on the path to net-zero.”