The university’s Computing Infrastructure Research Centre (CIRC) and local modular data center company Cinnos Mission Critical Incorporated, hope to build the “best-in-class” system to monitor data centers, supported by a colaborative research and development grant for nearly $1 million from the Natural Sciences and Engineering Research Council of Canada (NSERC), and more than $1 million in cash and kind from Cinnos. 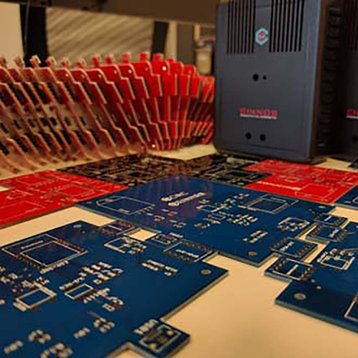 “The technologies from this project will produce the best-in-class data center infrastructure management (DCIM) systems in the $100B+ global data center industry,” said Hussam Haroun, founder and CEO of Cinnos, a data center technology firm which spun off from McMaster, and which makes pre-configured data center rack modules, and which has a patent for mission critical rack modules.

Despite the presence of very many suppliers, DCIM has been regularly criticized for under-delivering. Tools are delivered which monitor and manage data centers in real time, but they have often been proprietary or had limited functionality, so the actual job of DCIM has been fragmented into small pieces.

As a result, some big users have to build their own DCIM: Latin American retailer Grupo Exito built its own DCIM using open source software and Raspberry Pi hardware for the sensors. Large providers also make their own DCIM, with Equinix creating IBX SmartView to give customers a view inside their colocation cages. Switch also has its own solution called Living Data Center.

Data centers are still designed inefficiently, according to the McMaster release, which says they often only use ”about 15 percent of their capacity”, and puts the lack of standards for real time monitoring down to the fact that data centers have thousands of differently designed components, and says that dealing with the amount of data generated can be “a big challenge”.

Ghada Badawy, the project’s principal research engineer, wants to change that: “This project revolutionizes data centre operations by continuously monitoring its performance. The analytics algorithms we are developing will use the performance metrics to automate infrastructure management decisions and fault diagnosis in real time.”