Canon apologizes after deleting customer images stored on its servers, then gets hit by ransomware attack

It’s been a bad week for Canon. On Tuesday, the company was forced to apologize after deleting an unspecified amount of customer photos stored in its cloud; several days later, it emerged that Canon’s systems were being ravaged by a ransomware attack – the two incidents are apparently unrelated. 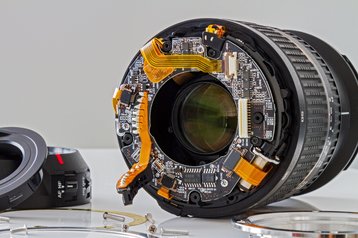 “The cloud is just someone else’s computer”

The trouble with the cloud-based image.canon service reportedly started on July 30, after the company identified “an issue involving the 10GB long-term storage” - typically used by photographers to backup their work.

Canon promptly switched off both the mobile application and the online service, and started an investigation, which found that “some” of the images and video stored on the servers prior to June 16 were lost. Somewhat unexpectedly, it also found that none of the lost images could be recovered.

The service resumed operation on 4 August, on the day the company finally made a public statement. It reported that while some files were gone, still image thumbnails were not affected, and there was no leak of image data.

Here is the official explanation of the incident published earlier today, which is likely to raise some eyebrows: “Canon offers services to its users worldwide on our website "image.canon," consisting of: (a) short-term storage where users upload and store images for up to 30 days; and (b) long-term storage where users store images of up to 10GB/user with no specific expiration date.

“We offer our deepest apologies to affected uses.”

Meanwhile, in something Canon USA calls an unrelated incident, large parts of its online infrastructure have gone dark, including the main website www.canonusa.com, which remains unavailable at the time of writing.

In an apparent employee note obtained by BleepingComputer, Canon’s Crisis Management Committee admits that access to some of its systems is unavailable “as a result of a ransomware security incident.”

“We immediately implemented our response protocols and began an investigation. Cybersecurity experts who have worked with other companies that have had similar issues have been engaged. We are working quickly to address the issue and to restore operations.

“Our heads aren’t in the clouds,” reads the banner displayed on Cannon’s website. “We’re just busy improving our corporate site.”

The attack comes a week after a ransomware incident ravaged Garmin, but the event is also thought to be unrelated.