Shell to cloud activity from the broad spectrum provider

Telecoms provider CenturyLink has added more capacity to one of its data centers in Slough near London, and has also added support for the open source Cloud Foundry platform as a service (PaaS) offering from Pivotal.

By adding racks and power, at the same time as extending its cloud offering, CenturyLink aims to show it can offer services at all levels, the company’s cloud vice president told DatacenterDynamics.An extra  2.4MW of power and 39,000 square feet of space at the LO5 data center, one of two CenturyLink facilities in Slough, will support more colocation customers, while offering Pivotal Cloud Foundry PaaS on top of its cloud allow it to offer a unified service at the platform layer, and give customers access to OpenStack APIs. 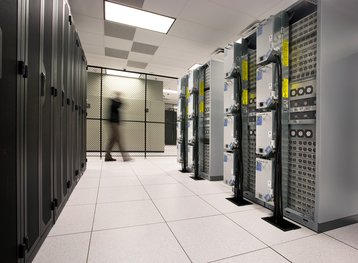 One back to pat?

By offering the racks and the cloud, CenturyLink simplifies support and service, David Shacochis of CenturyLink told us. “We are one throat to choke,” he said before correcting this to the more complimentary “one back to pat.”

While some talk about “dirt to cloud” offerings, CenturyLink offers “shell to cloud” he said, outsourcing the actual construction work in its data centers.

The extension to LO5 effectively doubles it, so it can go up to 4.8MW with 119,000 square feet of floor space. CenturyLink has five data centers around London, and its provision in this country is largely based on what it acquired when it bought Savvis in 2013.

New capacity will be available immediately, with the expansion due to be completed by September 2015.

Meanwhile, in its cloud offering, CenturyLink is offering Pivotal Cloud Foundry on top of its services. Like many large clouds, CenturyLink’s is built on proprietary code, but this will provide a “compatibility layer” for people wanting to use the increasingly-popular open source OpenStack platform.

”What’s particularly exciting about the CenturyLink Cloud environment is that it’s not running OpenStack,” commented Joshua McKenty on a Pivotal blog. “Rather, they chose to implement these APIs as a compatibility layer, to take advantage of the ecosystem of tools and products built for OpenStack.”