Bill being fast-tracked to State Governor to sign into law, critics call it "corporate welfare"

A bill that will provide tax benefits for data centers has passed the Connecticut Senate this week.

H.B. No. 6514, An Act Concerning Incentives For Qualified Data Centers To Locate In The State, yesterday passed the Connecticut Senate 29-5, having passed through the House of Representatives last week. There had been a slight delay as Senators expressed concern over how the bill might affect air quality.

Connecticut wants in on the data center boom 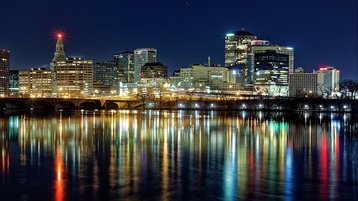 The bill, which will enable the state’s Department of Economic and Community Development (DECD) to enter into tax incentive agreements with ‘qualified’ data centers, has now been passed on to the Governor.

“There’s a recognition that with the new industry, particularly the data center industry, we need to have some environmental considerations in place,” said Sen. Christine Cohen, D-Guilford, who co-chairs the legislature’s Environment Committee.

“Governor Lamont’s administration is committed to working with the legislature to pass a bill later this session that augments the current data center legislation,” Paul Mounds Jr., Lamont’s chief of staff, said Monday. “The administration supports strengthening emissions standards for any new fossil fuel generators at data centers under this bill, as well as mandate [that] new data center construction conforms to a certified green building standard. Governor Lamont remains committed to environmental leadership, while also focusing on high-growth industries and job creation.”

The bill provides sales and use tax as well as property exemptions, as well as an exemption for financial transactions taxes that the state may impose in the future, for periods of 20 or 30 years terms, depending on the size and location of the data center investment.

The bill was introduced by Representative Matthew Ritter, a Democrat and Speaker of the Connecticut House of Representatives, alongside Democrat Senators Martin Looney and Bob Duff as well as Democrat Representative Jason Rojas, but has garnered support from both sides of the House.

Sen. Matt Lesser, however, voted against the bill and tweeted that tax competition a self-defeating policy.

“It’s a race to the bottom... giving corporate tax-breaks as companies play localities against one another. The only loser is the public,” he said.

Sen. Rob Sampson, R-Wolcott, who also voted against, labeled it as ‘corporate welfare’.