'Cooling as a service' pays for your waste heat 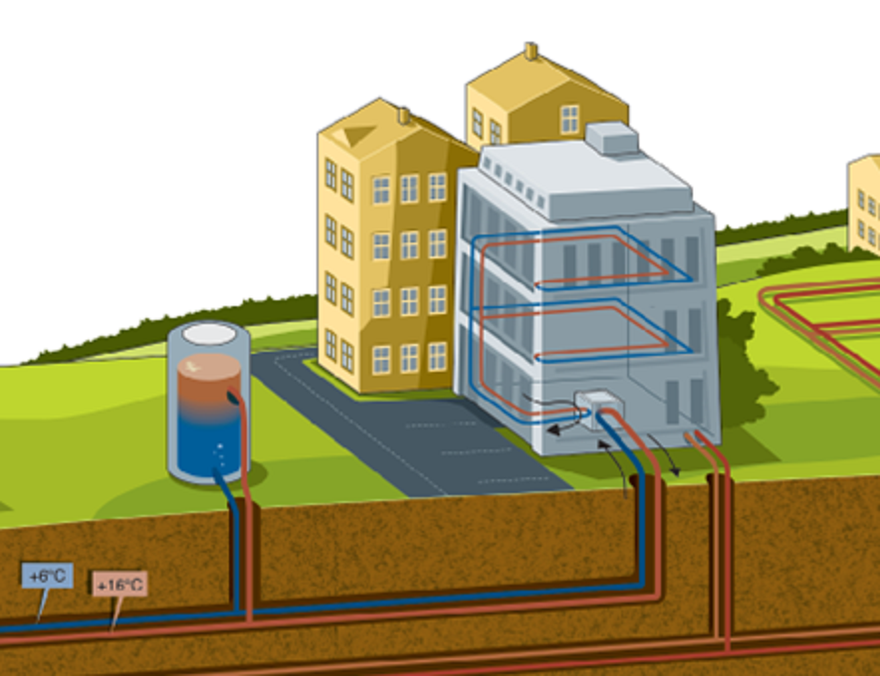 Data centers produce heat, and heat is useful - as winter gets started in the Northern hemisphere, we know that only too well. But it’s not easy to turn the waste heat from data centers into a valuable resource.

When Amazon promised to use waste heat from its Seattle campus to heat office space in “biodomes”, data center people pronounced it “greenwash”.

“The waste heat is low grade with a temperature of around 33C,” said Ian Bitterlin, CTO of Emerson Network Power. “It can’t be exported very far so has to be consumed on site.”

The difficulty of transporting heat led to radical suggestions by France’s Qarnot and Germany’s Cloud&Heat, which take the servers where the heat is needed. Both these firms break up the data center, so servers can be installed where they can heat homes or offices.  The “heat customer” pays installation costs, and then gets free heat.

District heating is the answer?
But let’s not dismiss the idea of exporting heat too quickly. At the DatacenterDynamics Converged event in London in November, we heard from Fortum, a Swedish utility which is making it work. In fact it offers “cooling as a service” to data centers, paying for the excess heat it removes.

Fortum provides electricity across the Nordic countries, and in Stockholm it operates a “district heating” system called Fortum Varme, which provides warmth in homes and offices.

District heating is well established, in places of high population - one example is New York’s steaming manholes which show the New York Steam Company is in operation.

But district heating works best when you can power it with waste heat. In Iceland everyone has free heating and hot water because the country’s geothermal power stations provide all the waste heat they need.

Combined heat and power (CHP) is a great idea, and Fortum has a CHP plant in Stockholm, which makes use of the inevitable heat produced by electricity generation. CHP is well established, and if you build small power plants near to housing, can bring overall emissions way down (Fortum says its cut the emissions of its Stockholm operation by 60 percent).

But what Fortum realised next is that once you have a district heating system in place, you can plumb in any other source of waste heat. You can offer it as a “district cooling” service to industry - and this includes data centers.

So Fortum can pay money to data centers like Stockholm’s famous Bahnhof, and remove its heat. Elsewhere in the country, in Kista, Sweden’s Silicon Valley, it has a cooling service which gets 60% of its heat from data center halls.

It’s an idea which will only really work where there is already a district heating system going. You couldn’t get payback building one just for a data center - hence Prof Bitterlin’s skepticism about Amazon’s biodomes.

But in places which have good central planning, it’s possible that your data center could buy cooling as a service, maybe from the same place it buys its power.