The company plans to build the 18MW CH2 facility in three 6MW phases, the total cost of the project will be $190m to $210 million, the company estimates. 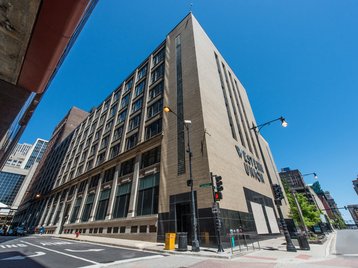 CoreSite is known for building vertical multi-story data centers in urban areas, CH2 will be the company’s second data center in Chicago.

The new facility will be located a mile away from the CHT data center in Chicago’s financial district, and CoreSite plans to link the two with multiple dark fiber connections so customers can have reliable failover options.

The data centers will have access to 30 networks and cloud on-ramps including AWS Direct Connect, Microsoft Azure ExpressRoute and Google Cloud Platform’s Dedicated Interconnect - as well as on-demand cloud services through the CoreSite Open Cloud Exchange.