Crown Hosting has won a £250 million ($286m) contract from the UK government. 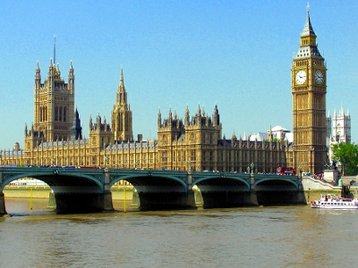 The tender was for a single supplier framework relating to the ‘rental of managed premises (data center colocation facilities) and provision of associated products and services’ over seven years.

The tender notes it is specifically for the rental of highly secure premises across at least three locations separated by no less than 15km that are suitable for HMG data at all security classifications and critical to the continued running of the nation.

Crown Commercial Service said Crown Hosting is the ‘only supplier in the market’ that can provide the collocation premises product types suitable to meet the high-security classification requirements and/or support services critical to the national interest.

Crown Hosting Data Centres was set up as a joint venture by Ark and the Cabinet Office to provide colocation services to public sector bodies and government departments. It was awarded the first £700 million hosting framework contract in 2015, and a £500 million, four-year extension in 2019.

In October Crown Hosting won a five-year, £5 million contract with the Ministry of Justice. The extension agreement will be from July 2022 to June 2027.

This month also saw Crown Hosting win a £630,000, five-year contract with the Medicines and Healthcare products Regulatory Agency (MHRA), which will run from June 2022 to Jul 2027. Though redacted, the contract makes reference to the company’s Cody Park facilities. MHRA this month also awards HPE a data center Infrastructure and Workload Migration contract valued at £129,000. The documents make note of Superdome2, HP-UX blades, 7400 and 8450 storage arrays, and other HPE hardware being moved away from an existing facility in Hounslow.

UK government systems on the move

The Ministry of Defence recently awarded CGI IT a three-year, £19 million contract running to 2025 for data center services. The tender was offered under the MoD’s Data Centre Rationalisation (DCR) program, which seeks to ‘migrate data center facilities and replace obsolete hardware and software components’, including a ‘significant proportion’ of the Microsoft Windows Server OS and DB estate.

Likewise, the Financial Ombudsman recently awarded a £360,000 contract to Capita Secure Information Solutions for data center hosting, networking, support, and maintenance. The six-month extension is for support at two separate locations until the main data center is ‘decommissioned later this year’ and migrated to a new facility.

The Ombudsman notes that the agency will “have no fail-over” while equipment is being moved to a new data center.

“A physical move would take a minimum of one week, with data re-synchronization taking at least another two weeks. During this time a failure in the single active data center could mean a complete loss of our IT systems until the issue is fixed.“

While some departments need on-premise hosting, many UK Government departments are signing large cloud contracts as part of digital transformation and cost-cutting efforts. The likes of the NHS, Ministry of Justice, HMRC, and Home Office have all signed multi-million-pound contracts with AWS for cloud hosting services in the last couple of years.

The contract notes the upgrade is in order to prevent delays to urgent in-flight DIS projects to replace out-of-support IT hardware, which will ‘remove substantial IT service outage risks Trust wide’.

“The UPS upgrades resolve risk of not having sufficient UPS to ensure continuation of critical IT systems in the event of extended electrical outages. Any delay in upgrading UPS and Power delays DIS's program which increases the Trust's exposure to critical IT system downtime and/or cyber risks.”

Another tender, still open to applications, shows the European Centre for Medium-Range Weather Forecasts (ECMWF) is looking for a supplier of green energy to support the whole ECMWF's data center and facility at Tecnopolo di Bologna, Via Stalingrado, Bologna, Italy. ECMWF is looking to sign an initial 12-month contract, starting January 2023. The data center is powered by a 10MW line at 15 kV. The expected monthly consumption is around 5,000MWh.