Hut 8 is in dispute with energy provider Validus over power delivery timelines and payments at a cryptomine data center project in Ontario, Canada.

Validus broke ground on a new cryptomining data center at the Ontario North Bay Power Plant site in October 2021. The company was due to develop a facility in partnership with Hut 8 Mining Corp, which has a power purchase agreement (PPA) with Validus for up to 100MW of power, with an initial 35MW due to come online in Q4, 2021. 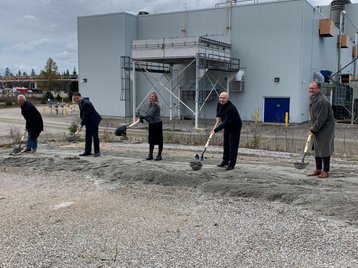 Earlier this month the cryptomining company delivered a notice of an event of default to Validus Power Corp. which is due to supply energy to the North Bay facility.

“The company intends to pursue all legal remedies available to it to enforce the terms of the PPA and will provide additional updates to the market in respect of the North Bay facility as appropriate,” Hut 8 said.

This week the company said it has requested mediation proceedings to be commended with Validus in order to resolve the issue.

“There is no assurance that energy will continue to be delivered on an uninterrupted basis to North Bay under the terms of the PPA. Such actions may hinder the company’s ability to continue its mining activities at the North Bay site, and if any such mining activities are continued, they may not be performed at previously disclosed rates.”

In its most recent Q3 earnings, Hut 8 said Revenue decreased by $18.6 million to $31.7 million in Q3 2022, with the decline driven mostly by the drop in Bitcoin’s value. Its high-performance computing operations generated $4.4 million.

In September Ethereum network changed its consensus mechanism from proof-of-work to proof-of-stake. As a result, Hut 8 said is no longer using its GPU fleet to mine the Ethereum network and is re-deploying its fleet of GPUs into 'certain high-performance computing data centers' and will continue to explore new opportunities to leverage the hardware.

Validus is planning cryptomining facilities at a number of natural gas power stations across Ontario.