MJM Group has many plans for the former British military site

A former British military site in Northern Ireland could become the location of a 25,000 sq m (260,000 sq ft) data center, if a planning application is approved next week.

The planning committee of Causeway Coast and Glens Borough Council meets on Wednesday 23 September, and will consider an application from MJM Group - originally made in 2018 - to demolish some of the buildings on the former Shackleton Barracks in Ballykelly and replace them with a modern data center. MJM has owned the former military site since 2016, when it bought it, planning to turn it into a fitting facility for private jets. 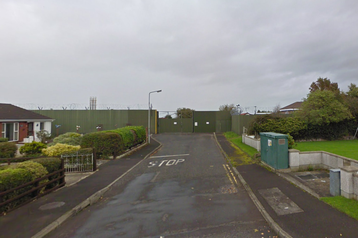 The 621-acre site was originally known as RAF Ballykelly, but transferred to the British Army in 1971. It was used by various regiments until it was vacated in 2008, and sold for £1 million to MJM, a company which fits out and refurbishes yachts, which announced plans to expand into private jets, making use of the hangars and runways which still remain on the site.

The data center plan joins other ideas MJM has suggested for the space, which include fitting out rail carriages, and a possible 60MW solar farm. MJM says the proposals will create 100 jobs initially, and could expand to support more than 1,000. MJM's statement said: "This proposal will act as a stimulant for other investment which will increase prosperity in not only Ballykelly, but also on a regional and sub regional level."

The council has recommended approval, in a report which says ."There are no unacceptable adverse impacts upon archaeology, listed buildings, flooding, wastewater network, natural heritage or relationship with neighboring properties." While two objections have been received, there are no problems raised by bodies such as Public Health and the Roads agency. The planning committee report also says that "by bringing this site back into use and by creating employment prospects for local people, the use on site which has no identified odor or noise issues would be compatible with its surroundings." 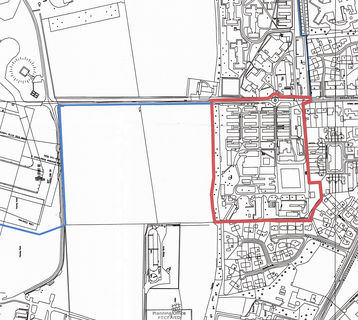 The plans submitted include ten data halls, each of 1,800 sq m, along with office space and power rooms. The proposal was filed in June 2018, and an information event took place in July that year. An initial request for a 16.5m tall building has been scaled back to 12m.

A positive use for the barracks would be a good thing, as it has some notoriety as a British interrogation center, during the Troubles of the 1970s. It is alleged that Irish Republican suspects were tortured there during the British Operation Demetrius in 1971 and 1972 (Irish Times report, contains distressing material). In 1982, Ballykelly was the site of a Republican atrocity, when soldiers from Shackleton Barracks were targeted at the Droppin Well bombing, in which the Irish National Liberation Army (INLA) hit a nearby disco, killing 11 soldiers and six civilians, and injuring 30. Four INLA members were given life sentences for the attack.