The latest version features improvements to the computational fluid dynamics (CFD) engine, used to model airflow inside the data center, as well as 6SigmaAcess – a new tool that can be used to simplify IT deployments.

“Release 11 includes a robust list of enhancements that increase the versatility and functionality of the software suite. The result is a greater capability to predict and analyze events in the data center before deploying IT equipment and critical infrastructure, which is a major advantage in preventing downtime and loss of capital,” said Sherman Ikemoto, director of Future Facilities North America.

6SigmaDCX 11 was officially launched at the DCD Enterprise show in New York earlier this week. 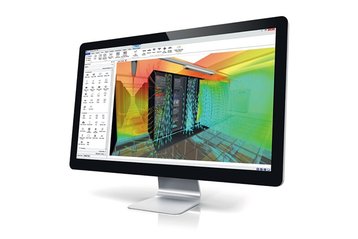 6SigmaDCX was originally introduced in 2014 as a replacement for 6SigmaDC. The software allows owners and operators to predict and quantify the engineering impact of changes made to their data centers before implementation.

6SigmaDCX relies on CFD – a compute-intensive technique that uses numerical analysis and data structures to solve and analyze problems that involve fluid and gas flows, like the flow of cool air from a CRAC. It can be used for a variety of purposes including data center design, troubleshooting and operations planning.

The latest version adds integration with Cormant-CS DCIM and supports data center benchmarking according to the Green Grid’s new metric, the Performance Indicator.

It introduces a brand new product, 6SigmaAccess. This web-based tool is connected to the CFD engine and can assist data center engineers when deploying new equipment, by calculating the impact of changes before they are made. Version 11 also includes improvements to the user interface, model creation and results reporting.

”For this release, we’ve focused on performance, usability, and connectivity. The new version allows users to access a cut down version of the model to see data from a virtual data center,” David King, product manager at Future Facilities, told DCD.

”We’ve added a black box model that approximates the internals of a cabinet, taking into account the leakage and the internal distribution of the IT in the rack. It gives an approximate result using data in the model. It’s easy to go from approximate to detailed and back again.”