Global data center power usage could be about to surge again, according to participants in DCD’s Energy Smart event at the Webscale conference in San Francisco. However, growing cooperation between the tech and energy industries could alleviate such concerns.

Ten years ago, fears were raised that data center power usage was out of control due to massive increase in demand, but last year a report from Lawrence Berkeley National Laboratory (LBNL) found that energy used by data centers in the US had actually remained level since 2010, as increased efficiencies produced by Moore’s Law, better cooling, and virtualization had offset the rampant growth in IT resources. That may be changing, though, as the efficiency gains can’t go on forever, delegates said. 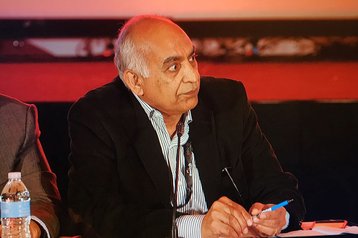 “The flattening of demand may be a hiatus,” warned Professor Donald Paul of the University of Southern California’s Energy Institute. Demand will continue to grow unchecked because data services are effectively free or very cheap, and their energy cost is hidden, he said. Meanwhile, improving energy efficiency becomes harder as data centers approach a PUE of 1.0, and the efficient use of resources can’t get higher than 100 percent.

If the demand for more resources once again outpaces the growth of efficiency, as it did before 2007, then the only thing that will prevent explosive growth would be an increase in the cost per Mbyte, said Professor Paul.

“There’s a dire need to marry efficiency with demand response,” said Dr Priscilla Johnson of US utility PG&E. But operators are reluctant to do this, even if they are paid to use demand response. “To be paid, and then have a failure would not look good,” said one. “We need to derisk this.”

Although DCPI is currently largely focused around energy usage and reliability, the group meeting in San Francisco discussed the inclusion of water usage efficiency (WUE) metric, which could become more important in future.

”Long term, if the grid moves to renewables, then energy usage becomes less important, and water usage could become a much more important factor,” said Scott Noteboom, CEO of Litbit and an Infrastructure Mason.

DCD>Webscale takes place at Marriott Marquis San Francisco and will feature experts discussing digital infrastructure design for hyperscalers, Silicon Valley start-ups and everyone in between. This conference

will also feature the next of our EnergySmart series, an exclusive pre conference taking place on June 25. If you would like to join DCD>Webscale register here.