Next to Stockholm Exergi's CHP plant in Brista, 32km from city center

Stockholm Data Parks has launched a new 30MW greenfield data center campus at Brista, 32km north of the city, and 8km from the Arlanda international airport.

The new site, announced at DCD's Energy Smart event in Stockholm, is adjacent to a combined heat and power (CHP) plant run by the energy and district heat provider Stockholm Exergi, which is a partner in SDP. The site will have access to Exergi's heat recovery scheme. 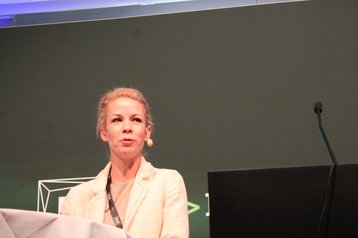 Brista has been part of Stockholm Data Parks plans since the first site was launched in the suburb of Kista, in 2017. There are two other sites in the plan (in Skarpnäck and Väsby), and all are zoned for data centers, with heat recovery available or in preparation.

“We are excited to launch the Brista site today” said Erik Rylander, head of Stockholm Data Parks at Stockholm Exergi. "This site will be part of the dynamic development happening around Arlanda airport. Its contribution in terms of heating to the area and the rest of Stockholm will be significant."

The Mayor of Stockholm, Anna König Jerlmyr, opened DCD>Energy Smart, saying: "Stockholm wants to be a sustainable city with high growth for all. Everyone is welcome here." The city has already reduced the carbon footprint of its heating by 50 percent, while the population increased by 30 percent. It is making progress towards a goal of making the city's heating fossil free by 2030, and heat outputs from data centers are part of this plan.

Stockholm Exergi (previously Fortum Värme) has been providing heat recovery since 1979, with local industry and data centers including those of IBM, Ericsson, Interxion, Bahnhof and Digiplex. The open district heating system “Öppen Fjärrvärme” was launched in 2012. Exergi, along with the City of Stockholm, grid provider Ellevio and dark fiber operator Stokab, launched Stockholm Data Parks in 2017.