Data center power distribution systems can be made more efficient, in a move which echoes the arrival of virtualized servers and software-defined networks, according to a presentation at DCD>London today

Adaptable Redundant Power (ARP), a proposal by Ed Ansett of i3 Solutions, suggests that components of a power distribution system, such as static transfer switches (STSs) can be managed more intelligently than at present, so that the redundancy of a system can be changed, multiple levels of redundancy can be offered, and workloads can be prioritized in the event of a failure - and at the same time, the unused capacity in the system can be used without harming resilience. 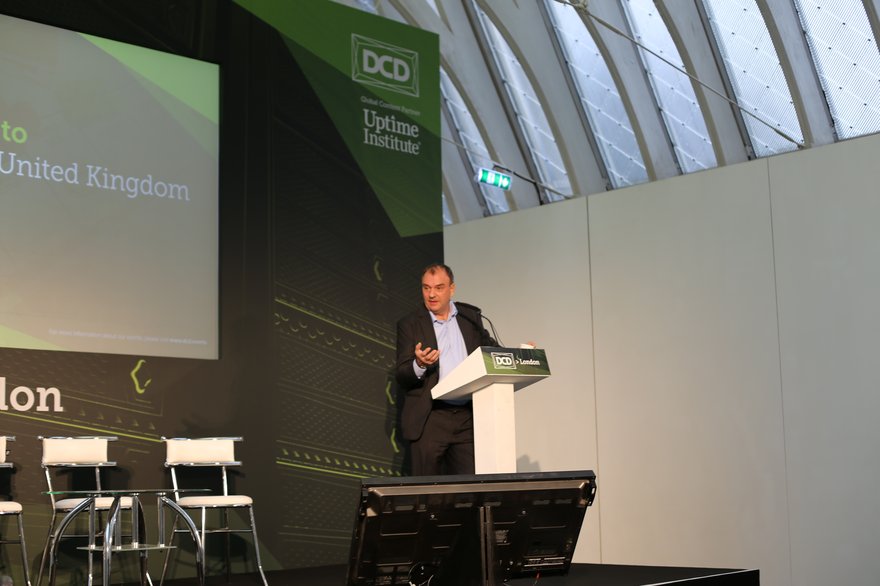 – Ellie James/DCD
Thank you for downloading the full presentation, we will email this to you shortly.

"In the last 20 years, there’s been no step change, in data center power," said Ansett, in a presentation which explained ARP, a concept previously announced on the DCD site. The industry has made incremental changes, and settled on four main topologies, with very little automation or intelligence.

Only about 40 percent of the contracted power at a data center is used, said Ansett: "Commercially, this didn’t matter. It's a terrible waste, but if customers are paying, who’s complaining?" He believes that the power industry can improve this usage, just as server utilization has been improved with virtualization, and network performance with software-defined networks, which changed the definition of something previously seen as a static network fabric. Very little automation except for those things that have to be automated we automate to the least extent possible.

Rather than suggest a new topology, ARP applies intelligence to the existing topologies, so that when a fault or interruption requires a response, it can be an intelligent one, which will for instance make sure that less crucial loads are shut down, to keep the whole facility up.

Delegates at the event welcomed the idea. "There are some challenges that this could help to address," said Ketil Elgethun, data center architect at Norwegian provider Basefarm. But he said that it would not come without a cost.