As part of the company’s AU$70 million (US$54.3 million) investment, DCI’s Kidman Park site in Adelaide will be increased by 4MW taking it up to 5.4MW of total capacity, with SCEC Zone 3 up to SCEC Zone 5 physical security options.

Construction on the new data center will begin in the coming weeks and be completed by mid-2022. 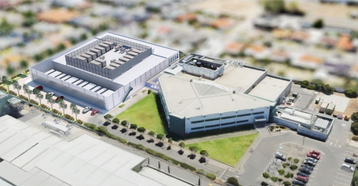 The company says it will build "the state’s most energy-efficient secure facility" that is "able to meet defense-grade security" requirements. The company is hoping to target local defense, space, and hi-tech industries.

“We are impressed that South Australia continues to lead the way in supporting industries to collaborate and innovate which has stimulated demand - hence our decision to invest in this state,” said Malcolm Roe, DCI Chief Executive Officer for Australia and New Zealand.

“It is forecasted that AU$3 billion [US$2.3bn] will be spent on digital infrastructure this year in Australia alone, and DCI is proud to be investing more than AU$70 million into South Australia.”