Adds another location to its networked IaaS offering

The move adds Australia to the cloud hosting provider's coverage giving it nine regions and 15 cities overall. Although DigitialOcean refers to the new location as a data center named SYD1, it will certainly be a space within an existing colocation provider's facility. 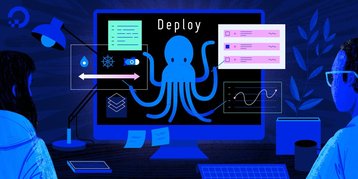 DigitalOcean has been spreading its infrastructure-as-a-service building since at least 2013 when it moved into Telecity's AMS1 facility in Amsterdam. For a look at where the company's other resources are hosted, we found backup snapshot provider Snapshooter has done some digging and come up with a comprehensive list of probable locations.

At the time of its IPO in 2021, the company said in its filing that its then fourteen data centers were leased from third-party data center providers: "We do not own any real property," the company said in its S-1 filing. "We believe that our current facilities are adequate to meet our current needs and that additional or substitute space is available if needed to accommodate growth and expansion."

Wherever it is housed, DigitalOcean's SYD1 equipment is connected to the company's private edge and backbone network, which the company says can offer 400Gbps of on-net access to Asia, North America, and Europe, and give an improvement over the public Internet. "All equipment has redundant network and power connections that can route traffic smartly in case of unexpected failures," DigitalOcean promises.

“With hundreds of thousands of current customers using our global network today, we’re excited to expand the breadth and capability of our infrastructure to better serve small and medium-sized business (SMB) customers in Australia, New Zealand, and the surrounding region,” said DigitalOcean CEO, Yancey Spruill. “This state-of-the-art data center will provide low-latency connectivity and our IaaS and PaaS productivity tools for startup businesses and SMBs in these important, rapidly growing markets.”

Among the services offered are virtual machines (which DigitalOcean calls "droplets") Kubernetes clusters, and managed databases.