Power management specialist Eaton has announced UPS-as-a-Reserve Service – an initiative that enables data center operators to participate in regulation of the power grid, while getting paid for their contribution.

Using this service, data centers can be used to balance fluctuations in power demands to help avoid grid-wide power outages – one of the primary reasons why UPS systems need to be installed in the first place.

The service is being developed in collaboration with Fortum, one of the largest power providers in the Nordics, and will launch across European markets in the fourth quarter of 2017. 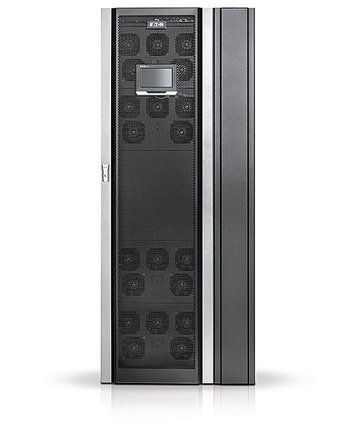 Data center UPS systems rely on large banks of charged batteries to supply power in the event of an outage, while the facility either switches to an alternative power source – often a diesel generator – or shuts down operations in a controlled manner. They store massive amounts of energy – energy which essentially lies dormant unless something happens to the power grid.

A typical power grid is far from stable, having to constantly balance generation and consumption. Grid fluctuations are an especially pressing issue since more and more energy is derived from renewable sources, which depend heavily on environmental conditions: for example, solar panels are only active during the day, while wind turbines change their output based on the force of the wind.

UPS-as-a-Reserve Service enables data centers to participate in the emerging Frequency Containment Reserve (FCR) market. As part of a ‘virtual power plant’ the UPS systems could help ensure a reliable power supply for the entire grid, and not just a single facility. The company claims that this function could be carried out without any risks to the UPS’s primary function.

Data center operators would be paid for the service, helping offset power distribution equipment costs and maximizing potential gains from their investments. According to Eaton, a data center could expect to raise up to €50,000 per MW of power allocated to grid support per year.

The company surveyed 320 senior data center professionals across Europe, and found that 55 percent of facilities would consider this approach.

“This turns supply and demand on its head. Instead of just demanding power, data centers can support the grid and be compensated for it,” said Janne Paananen, technology manager for Power Quality at Eaton EMEA.

“The data center industry has been moving away from focusing solely on energy and cost savings over the last five years, and it is now more about making investments pay for themselves. Data center professionals can create a revenue generation strategy around assets that they already have, such as the UPS. There’s free money lying on the floor, just waiting to be picked up.”

As part of UPS-as-a-Reserve Service, Eaton will install the functionality and provide a communication interface to the commercial energy aggregator’s systems. It could also connect customers’ diesel generators, to be used when additional power is required.

The service will initially be offered on the Eaton 93PM and Power Xpert 9395P UPS models across EMEA markets.