But can it do this?

The new HPC5 supercomputer will be located at the Eni Green Data Center in Italy and deliver a peak performance of 52 petaflops, reaching 70 peak petaflops when combined with Eni's other system HPC4.

It would rank fifth among the most powerful systems in the world if it was checked against the latest Top500 supercomputer list. HPC5 is expected to be the world's fastest industrial supercomputer when it launches. 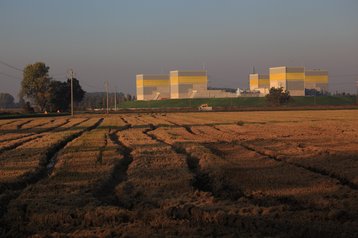 Eni-thing you can do I can do better

The components will be provided by Dell Technologies and consist of 1,820 Dell EMC PowerEdge C4140 servers, each with two Intel Gold 6252 24-core processors and four Nvidia V100 GPUs.

The servers will be connected through an InfiniBand Mellanox HDR with a speed of 200 Gbit/s.

The data center where HPC5 is located reportedly has a PUE of 1.2. According to the oil giant, HPC5 will use renewable energy produced by a solar plant at the Eni Green Data Center.

Eni CEO, Claudio Descalzi, said: “Our investment to strengthen our supercomputer infrastructure and to develop proprietary technologies are a crucial part of the digital transformation of Eni.

"Eni is forging that future through a range of alternative energy projects, and through a solid R&D investment plan."