The warehouses are located in the Agecroft Commerce Park in Salford, Manchester, and have not been in use since constructed. The news was first reported by the Manchester Evening News.

The site will be Equinix's fifth data center hub in the Greater Manchester area. 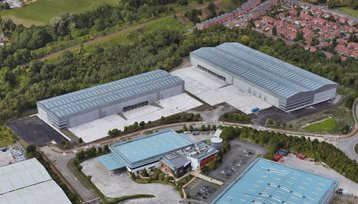 The two warehouses up for redevelopment – Google Maps

Vengrove sold it back in April for an undisclosed sum to an unnamed buyer.

According to documents, engineering firm Arup will be redeveloping the warehouses into data centers following the council's decision on October 15. The company initially submitted the planning application on Equinix's behalf.

Equinix operates four data centers in Manchester, but this latest development will be the company's first in the Salford area.

As the UK’s third-largest city, Manchester occupies a key strategic location in the center of the country, at the intersection of the UK’s highly resilient “figure-of-eight” fiber-optic network.

Now that permission is granted, an extra story will be built in the warehouses to double its floor space, and the site will also see a substation installed.