Equinix has promised to "adjust the thermostat," increasing the temperature in its data centers to reduce energy spent in cooling systems.

The giant colocation company has promised to shift temperatures closer to 27°C (80°F) across its global data center fleet, which will lead to less energy wasted in unnecessary data center cooling. This is an unusual move, as colocation providers often operate at lower temperatures than necessary to avoid upsetting the customers who own the equipment in their facilities, and fear that overheating may damage it. 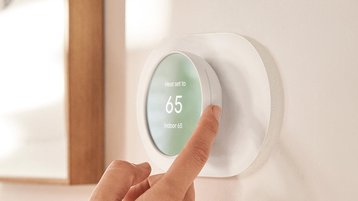 Equinix plans to allay these fears by applying the increased temperatures gradually over several years, explaining that the announcement will have no immediate impact on existing customers. Customers will be notified when the thermostat is going up at the site where their equipment is hosted.

A temperature of 27°C has been recommended by industry bodies for many years and is approved by hardware manufacturers. It is also used by hyperscale cloud companies that successfully run their equipment in their own facilities at even higher temperatures. However, colocation customers and enterprise data centers have often continued to use temperatures that industry standards bodies regard as unnecessarily low.

Equinix explains that increased temperatures will result in less energy used in cooling, and will start the process to move gradually: "Starting immediately, Equinix will begin to define a multi-year global roadmap for thermal operations within its data centers aimed at achieving significantly more efficient cooling and decreased carbon impacts," says the press release.

In its announcement, Equinix points out that increasing temperatures will allow its customers to reduce the Scope 3 carbon emissions associated with their data center operations. Scope 3 emissions are those from a company's supply chain, and are important - but are proving difficult to reduce.

Equinix has lined up support from analysts and hardware vendors.

"Most data centers operate within the restrictive temperature and humidity bands, resulting in environments that are unnecessarily cooler than required," says a press release quote from Rob Brothers, program vice president, data center services, and analyst at IDC.

He added that Equinix wants to "change the way we think about operating temperatures within data center environments", saying: "With this initiative, Equinix will play a key role in driving change in the industry and help shape the overall sustainability story we all need to participate in."

The evidence backing Equinix's move dates back to 2008, when the American Society of Heating, Refrigerating and Air-Conditioning Engineers (ASHRAE) suggested 27°C was cool enough for data centers. Companies like Google and Facebook quickly responded by raising temperatures above that. By 2011, Facebook was running servers at 29.4°C (85°F) in Prineville and Forest City, while Google went to 26.6°C (80°F).

In 2008, Intel experimentally ran servers at 33.3°C (92°F) for ten months with interesting results. The company saved 67 percent of its cooling bill and only raised the failure rate by two percent.

The latest version of the ASHRAE specifications actually allows temperatures up to 332°C (89.6°F).

"Our cooling systems account for approximately 25 percent of our total energy usage globally," said Raouf Abdel, EVP of global operations for Equinix. "With this new initiative, we can intelligently adjust the thermostat in our data centers in the same way that consumers do in their homes. Once rolled out across our current global data center footprint, we anticipate energy efficiency improvements of as much as 10 percent in various locations."

In response to a question from DCD, Equinix supplied the following statement: "There is no immediate impact on our general client base, as we expect this change to take place over several years. Equinix will work to ensure all clients receive ample notification of the planned change to their specific deployment site."

"Equinix is committed to understanding how these changes will affect our customers and we will work together to find a mutually beneficial path toward a more sustainable future. As global sustainability requirements for data center operations become more stringent, our customers and partners will depend on Equinix to continue leading efforts that help them achieve their sustainability goals."