The agreement will see the two companies strengthen their collaboration

Ericsson has signed a global patent agreement with Apple, ending a legal row over royalty payments for the use of 5G patents in iPhones in the process.

The multi-year agreement was confirmed today (December 9), with the vendor noting the agreement includes a cross-license relating to patented cellular standard-essential technologies, and granted certain other patent rights. 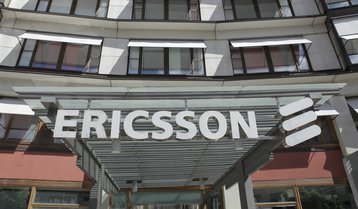 Ericsson and Apple will work together to drive technology and business collaboration, including in technology, interoperability, and standards development.

Earlier this year Ericsson filed a second set of patent infringements against Apple after both companies had sued each other towards the end of last year.

"We are pleased to settle the litigations with Apple with this agreement, which is of strategic importance to our 5G licensing program. This will allow both companies to continue to focus on bringing the best technology to the global market," said Christina Petersson, Chief Intellectual Property Officer at Ericsson.

Following the settlement, Ericsson forecasted fourth-quarter intellectual property rights (IPR) licensing revenues of $530.3 to $578.5 million, which included the effects of the settlement, plus ongoing IPR business with all other licensees.