Including developing its own chips

The European Commission has proposed an €8 billion ($9.4bn) investment "in the next generation of supercomputers" over the next 13 years.

"We want the European industry to develop our own next-generation microprocessor that will allow us to use the increasing data volumes energy-efficient and securely," van der Leyen said at the State of the Union speech. "This is what Europe’s digital decade is all about!”

The European Processor Initiative (EPI) is developing a series of high performance chips for Europe's upcoming supercomputers, the first of which is codenamed 'Rhea.' Design is led by European company SiPearl, itself funded by the EU.

"Our proposal today will foster increased investment in supercomputing infrastructure, in view of its enormous potential to improve quality of life, boost industrial competitiveness, and advance science,” said Margrethe Vestager, EVP of the European Commission for A Europe Fit for the Digital Age. 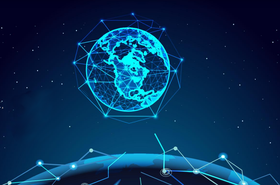 An EU project hopes to rebuild the world in virtual space, but the concrete challenges may prove a little too real

Commissioner for Internal Market, Thierry Breton, added: “Together with data and connectivity, supercomputing is at the forefront of our digital sovereignty, encompassing industrial, technological and scientific challenges.

"Keeping up in the international technological race is a priority, and Europe has both the know-how and the political will to play a leading role. Our objective is to rapidly reach the next standard of computing with exascale computers – but also and foremost to already integrate quantum accelerators to develop hybrid machines and position Europe very early on this disruptive technology.”

The new regulation has now been proposed for adoption by the Council of the European Union. Once ratified, the Commission itself will put forward €3.5bn ($4.1bn) of the funding, while the rest will come from states and other sources.

These new systems will multiply the supercomputing power available at the European level by eight.