Will decide whether to fund the project this week

The European Space Agency is considering approving a project to study whether solar farms could be put in space, and beam down energy to the Earth.

The Solaris project will be debated at the 'ESA Council at Ministerial Level' this week, and is likely to be approved. 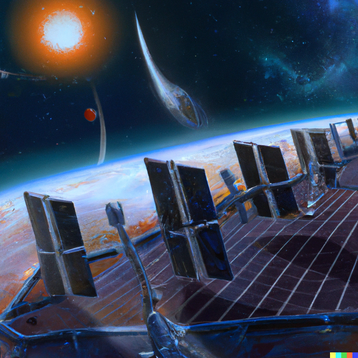 Space-based solar power could allow for greater energy collection, due to the lack of the atmosphere, and the possibility of 24/7 light. It also does not require large tracts of land, like terrestrial solar power.

However, it requires shipping significant amounts of infrastructure into space, and means that the solar farms can have minimal maintenance.

The concept is being explored by Japan, China, Russia, India, the United Kingdom, and the US.

China this year built a 246-foot (75m) tower to test as a ground receiving station, while the US' Caltech Space Solar Power Project has multiple prototype solar arrays (which are still on Earth.

Those facilities would also require solar power plants generating several hundred megawatts in space, but they would not need to beam energy down - just data.

Last year, the ESA announced plans to build a telecoms and positioning network around the Moon, with a constellation of satellites.