A step towards an eventual exascale system

The European Union plans to spend €1 billion (US$1.2bn) on supercomputing by 2020, with half the funds coming from member states and the other half from the European Commission. 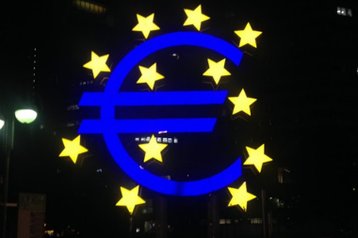 “Supercomputers are the engine to power the digital economy. It is a tough race and today the EU is lagging behind: we do not have any supercomputers in the world’s top-ten,” Andrus Ansip, European Commission VP for the Digital Single Market, said.

“With the EuroHPC initiative we want to give European researchers and companies world-leading supercomputer capacity by 2020 – to develop technologies such as artificial intelligence and build the future’s everyday applications in areas like health, security or engineering.”

Mariya Gabriel, Commissioner for Digital Economy and Society added: “Supercomputers are already at the core of major advancements and innovations in many areas directly affecting the daily lives of European citizens. They can help us to develop personalized medicine, save energy and fight against climate change more efficiently.

“A better European supercomputing infrastructure holds great potential for job creation and is a key factor for the digitization of industry and increasing the competitiveness of the European economy.”

The EU will spend around €486 million (US$589m) on the initiative, which will be matched by member states, along with additional investment from industry members.

The aim is to have two ‘world-class’ pre-exascale HPC system and at least two mid-range supercomputing machines available for public and private use by 2020. The initiative will also fund HPC research, including the development of the first generation of European low-power microprocessor technology.

The resulting systems will be shared by EuroHPC states, which currently consist of France, Germany, Italy, Luxembourg, the Netherlands, Portugal, Spain, Belgium, Slovenia, Bulgaria, Switzerland, Greece and Croatia. Other nations can join, if they give a proportionate financial contribution.